Chuck Lorre says Charlie Sheen was so out of control that he almost caused the demise of Two and a Half Men — and Lorre offered to quit to save the show. 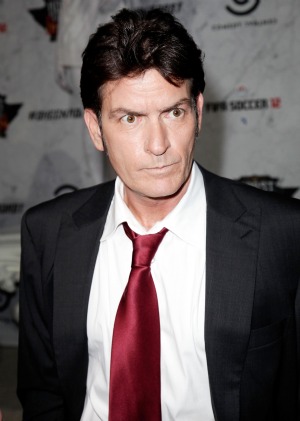 When Charlie Sheen jumped on his “winning!” crazy train last year, Two and a Half Men creator Chuck Lorre kept his comments restrained to his vanity cards — even when Sheen totally ripped him in a long, angry diatribe. Now Lorre is speaking out and telling his version of events — and it ain’t pretty.

Lorre told TV Guide that Sheen completely lost control, putting himself and others in danger — and that he offered to quit if that would calm things down.

“Last January and February it was not working anymore,” Lorre said. “You couldn’t do that much cocaine and work. It was heartbreaking to be around here last year.”

“I didn’t want to be writing a sitcom while my friend died. Or worse, hurt someone else. We couldn’t be complacent. There was a tragedy unfolding right in front of us.”

Charlie Sheen lands massive payout from Two and a Half Men >>

“There was violence and blackouts. On a certain level, if you’re looking the other way, you’re responsible. It was falling apart. It was heartbreaking to be around here then,” he explained.

“I offered to quit the show last winter. I said, ‘Listen, if for some reason I’m now the anti-Christ I’m happy to leave. It’s not in my interest to stop the show, and I certainly don’t want to put all these people out of work. Keep going. Get another guy. Don’t stop on my account.'”

“When he started attacking people with knives, that’s it,” Lorre said. “That should have been it. I should have walked. That’s unthinkable. No more. I’m done. But for some reason I thought that because she was willing to forgive him… we could emerge from this fiasco and be stronger and healthier.”

“The man was my friend,” he says. “I cared for him deeply. We had a great time. We succeeded beyond our wildest dreams. Sometimes I’ll watch some of the reruns and I’ll go, ‘That was really funny. That was worth watching.’ I’m proud of what we did.”

Read the rest of the Chuck Lorre interview — plus Jon Cryer’s thoughts — on TVGuide.com.