If you’ve been dying to know the identity of “A” on Pretty Little Liars, you’re in luck — the show will reveal all.

March 19 will be a big day for fans of Pretty Little Liars, so mark your calendars and get ready for one wild finale. 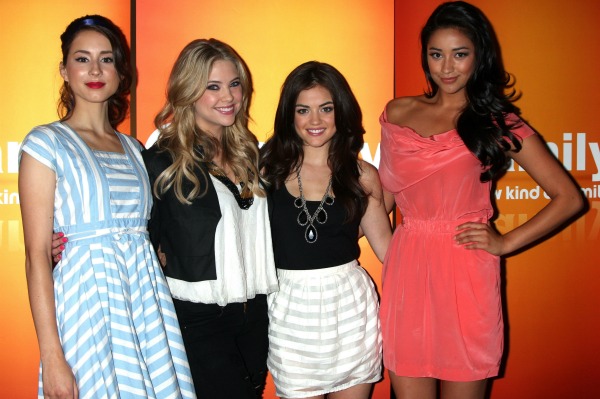 There’s a troublemaker named “A” causing a ruckus in Rosewood. “A” will no longer be elusive, however, after the March 19 season finale of Pretty Little Liars, according to Entertainment Weekly.

Ever since the show debuted in June 2010, “A” has remained a key mystery to the show. Is “A” male or female? Young or old? Friend or foe?

The one thing we do know is “A” has been fond of mostly using text messages to taunt the girls of Pretty Little Liars ever since their good buddy Alison was murdered during the series debut.

“A’s” big reveal is just as mysterious as the character itself. There isn’t any word on how it will go down, but something tells us a story like this won’t be just a puff of smoke. It’s bound to be a jaw-dropper.

Executive producer Marlene King revealed to Entertainment Weekly, “This finale is virgin territory in the sense that we are answering some ultra huge questions.”

King added, “We’re giving the audience a lot to digest and talk about between seasons two and three. For the entire cast and crew, lips are sealed and excitement is at an all-time high. To steal a line from the finale script, ‘This feels big.'”

When an executive producer promises big things, we hope they can deliver, don’t you?

We want to hear your ideas — who do you think “A” will turn out to be?

Head over to our comments section and sound off! This is going to be one phenomenal finale if you ask us!