Funnyman Seth Rogen knows what it takes to be a good host. Now we’ll see if he can deliver as host of the Independent Spirit Awards. 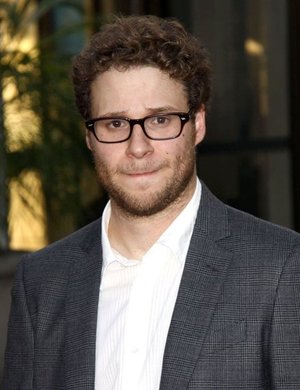 As the awards show host talent pool has seemingly diminished over the last few years, Seth Rogen has stepped up to host this year’s Film Independent Spirit Awards, Rogen’s rep has confirmed to SheKnows.com.

The awards ceremony will be held in Santa Monica on Sunday, Feb. 25 and will be broadcast 10 p.m. that night on IFC. The feeling is that Rogen will bring the funny.

“Seth is one of the smartest and funniest actors today and we look forward to him making this one of the most entertaining Spirit Awards yet,” said Jennifer Caserta, executive vice president and general manager of IFC, to The Hollywood Reporter. “IFC is a growing brand for original comedy programming, and our viewers are in for a good time with Seth hosting.”

Rogen is the executive producer of the Indie Spirit Award-nominated film 50/50 but he’s perhaps best known for his raunchy comedic roles in major studio films like Pineapple Express, Knocked Up and Superbad.

It has been tough times for hosts of award shows recently. Ricky Gervais was criticized for his edgy zingers at the last Golden Globes, but he’s set to return to the Globes on Jan. 15. James Franco and Anne Hathaway were lambasted for their jobs at last February’s Academy Awards.

“I think when you agree to do something like that, you put a certain amount of faith in the institution, hoping that they’ll take care of you, and I feel like they didn’t. Why hire James Franco and then give him Billy Crystal’s monologue?” Rogen said. “I think (the Oscar producers) just approached it wrong. They didn’t think it through, and they were way underprepared. I think they hung him out to dry. So I wouldn’t do it unless they hired some better writers (laughs).”

Here’s hoping Rogen has better luck — and better writers — at the Spirits.