Matt Damon slammed the writer of The Bourne Ultimatum for handing in a crappy script. See what this normally nice guy had to say. 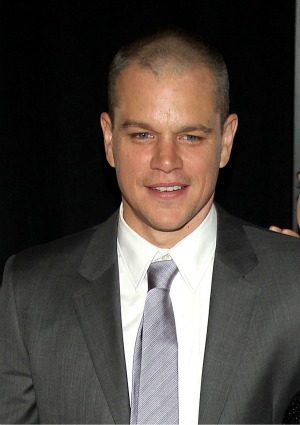 Matt Damon is well known as one of the nicest, most grounded guys in Hollywood — so why is he totally slamming the screenwriter of his huge hit The Bourne Ultimatum?

Damon let loose in an interview with GQ about exactly what he thought of the first script for The Bourne Ultimatum, the third film in the Jason Bourne series — and it is as far from what you’d expect from this nice guy as possible.

As Damon explained it, Tony Gilroy — who penned all the Bourne flicks — nabbed himself a sweetheart deal for the third flick that said he only had to turn in a single draft with no rewrites and be paid “an exorbitant amount of money.”

“I don’t blame Tony for taking a boatload of money and handing in what he handed in. It’s just that it was unreadable,” Damon told the mag. “This is a career-ender. I mean, I could put this thing up on eBay and it would be game over for that dude. It’s terrible. It’s really embarrassing. He was having a go, basically, and he took his money and left.”

Gilroy’s rep referred all requests for comment to Universal Pictures, who told GQ, “We could not imagine replacing Matt as Jason Bourne, which is why we’re so excited Tony’s script creates a fantastic new character in The Bourne Legacy and also leaves open the option for Matt to return… Tony has done everything we’ve asked of him on each of the Bourne films, and his work has been a huge asset to the franchise.”

Matt Damon nearly starved himself to death for a role >>

Damon’s normal nice guy personality soon returned and he later called the magazine to do some damage control.

“If I didn’t respect him and appreciate his talent, then I really wouldn’t have cared… My feelings were hurt. That’s all,” Damon explained of his mini outburst. “And that’s exactly why I shouldn’t have said anything. This is between me and him. So saying anything publicly is fucking stupid and unprofessional and just kind of douchey of me.”

Check out Matt Damon in his new release We Bought a Zoo, hitting theaters on Dec. 23.