Nicole Scherzinger is taking responsibility for the controversial elimination of Rachel Crow on The X Factor. 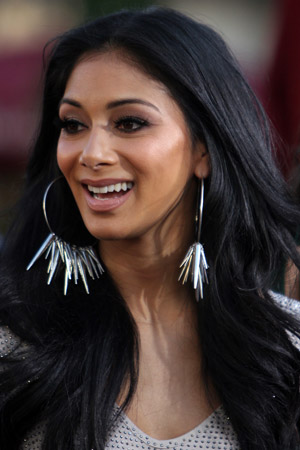 Nicole Scherzinger wants everyone to know that she’s the one responsible for sending The X Factor favorite Rachel Crow home.

“In the moment and under pressure, it’s not as easy to say ‘you’re going home.’ I own the decision I made right then,” Scherzinger revealed earlier this week.

The tearful elimination came under scrutiny after TMZ reported that Paula Abdul advised the torn Pussycat Dolls lead singer to “just let it go to a deadlock.”

That’s how they interpreted it,” Abdul told Jimmy Kimmel of the footage. “I adore [Nicole] and know what she was feeling like [having to send someone home.]”

The decision led to Crow’s elimination — and death threats for the judge.

“To get death threats is like, really scary for me. I was like, ‘Now America is going to blame this on me, and it’s not in my heart!'” she told Extra.

For her part, the 13-year-old Crow got over the initial heartbreak and accepted her fate. “[Rachel] came into the room [backstage] and she was a little angel. She said, ‘I’m okay. Everything will be okay,'” Scherzinger said.

Crow added to her feelings in another interview last week. “It’s nobody’s fault,” she said Thursday. “It’s just what God had in store for me and it’ll be okay.”

She’s right: Rachel Crow is going to be a superstar, with or without The X Factor.

Do you blame Nicole Scherzinger or Paula Abdul for Rachel Crow’s elimination?