Alyssa Milano is now a proud breastfeeding pro, even if her start to nursing son Milo was “awkward.” Yet she’s still afraid to feed in public for fear the paparazzi will photograph her. 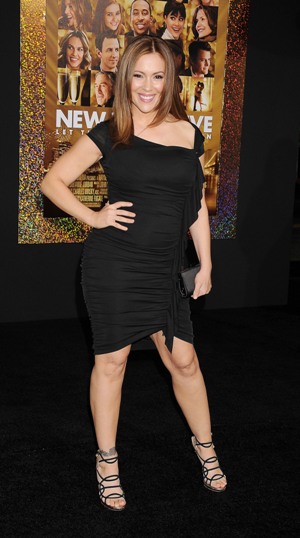 New mom Alyssa Milano is happily sharing her breastfeeding story. The 38-year-old, who welcomed son Milo in August, has opened up about the experience to Best for Babes, a site dedicated to helping mothers make informed, guilt- and judgement-free decisions about breastfeeding.

“I think the thing I like best about breastfeeding is the closeness I feel to Milo and knowing that he’s getting the best of me,” said Alyssa Milano. “The biggest surprise was how something that is so natural can be so awkward in the beginning.”

When asked about nursing in public Alyssa Milano replied, “I wish I could breastfeed in public without feeling as though a picture would show up on TMZ. I’ve breastfed Milo in my car numerous times and in fitting rooms at stores. But mostly, when we go out I bring a bottle of expressed milk because sadly, I’m just not comfortable feeding him in public.”

Tips on how to breastfeed in public from SheKnows Parenting >>

Alyssa Milano, pictured here on Dec. 5 at the Los Angeles premiere of New Year’s Eve, often turns to the social network Twitter to get advice from fellow moms.

“The greatest thing about Twitter is the interaction,” the actress said. “I can ask a question about anything at all and get a good variety of opinions from everyone. When I tweet about breastfeeding or baby stuff in general, it feels good knowing that women are there to support each other. The mommy club is pretty special and I love being a part of it.”

Her latest tweet? Alyssa Milano asked her over 1.8 million Twitter followers Tuesday afternoon, “Anyone else’s baby hold their breath in the wind?”

Along with keeping busy as mother to Milo, Alyssa Milano can currently be seen in the film New Year’s Eve as a nurse — and heard as the voice of Daphne Snow in Alvin and the Chipmunks: Chipwrecked.