Kendall and Kylie Jenner are joining the family business — in more ways than one. In addition to their own reality show, the teens are launching their own jewelry line. 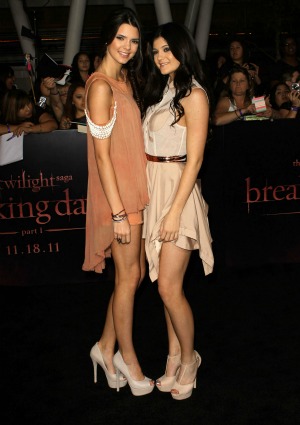 If you thought that the Kardashian empire had to wind down eventually, you thought wrong.

We recently reported that more Kardashian reality shows are in the works — and now the near-youngest of the brood, Kendall and Kylie Jenner, are expanding the family’s empire with their own jewelry line.

The teens have inked a deal with Glamhouse to design a reasonably priced jewelry line aimed at girls ages 12-19.

“For a long time, I’ve looked to expand the Glamhouse brand portfolio with a younger, more affordable line,” explained Glamhouse founder and president Pascal Mouawad. “With their popular show on E! Entertainment Television, millions of teenagers look to Kendall and Kylie for style advice, so they were truly a perfect fit for the company and I’m thrilled to partner with them.”

Kendall and Kylie are super-psyched for their new endeavor, “We love accessories, and it’s amazing that we’re going to have our own line to be able to wear everyday — and for our friends to wear, too!” they said.

“Glamhouse is a destination for fashion jewelry and accessories designed by celebrities, stylists and famous designers,” reads a company statement. “As the fourth generation jeweler of the prestigious Mouawad diamond house, Pascal has long cultivated strong connections with the glamorous world of Hollywood. Through Glamhouse, Pascal builds on his relationships with artists and celebrities, giving them the creative freedom to design fashion jewelry collections under their own label while receiving his guidance and expertise.”

Kendall Jenner, 16, is a fashion model whose latest shoot for Lovecat magazine raised eyebrows for being quite risqué for the young teen. Kylie Jenner, 14, also models. The sisters were named Style Stars of 2011 by Seventeen Magazine.