Lamar Odom is finally happy about his move to the Dallas Mavericks. How is wife Khloe Kardashian helping him settle in? 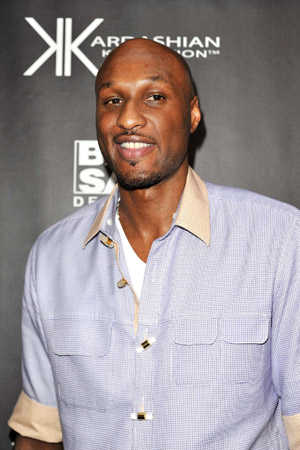 Khloe Kardashian is already the favorite Kardashian among the Dallas Mavericks, according to owner Mark Cuban.

“You know, we had a ‘team’ meeting, and we all decided that Khloe is the official favorite Kardashian of the Dallas Mavericks,” the outspoken owner told Extra. “She’s welcome with open arms. We can’t wait to have the whole family, can’t wait to have Khloe and Lamar.”

The couple’s excitement to pack their bags and move south wasn’t always the case, though: Lamar Odom revealed that the trade was “emotional” for him and his famous wife.

He added that it was time to move on from the Lakers after team management tried to trade him in a deal for baller Chris Paul.

“That’s when I figured out that it could happen at any given time, they were gonna trade me this year no matter what. They were trying to make the best business move for themselves, which wasn’t in my best interest, so I had to take control of the situation and land in a place… like Dallas, like Mark Cuban and a team like the Mavericks, it was my first choice.”

Odom added that Kardashian is already getting ready to make their Dallas hotel into a little home, most likely for reality cameras.

“It is reality,” he said of their lives. “On the show, our lives totally unfold, like right there on the spot.”

So, will it be awkward when he has to play against his former brother-in-law, Kris Humphries? “It’ll be weird, man… I gotta go out there and have a job to do.”

Do you think Lamar Odom’s move to Dallas will be positive for the reality couple?