Chelsea Clinton made her Rock Center With Brian Williams debut Monday night, focusing on a story close to her heart. 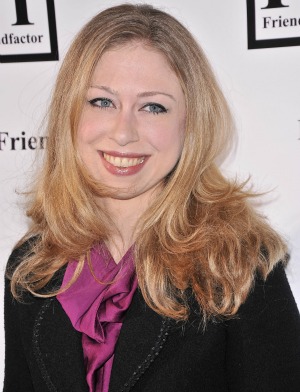 Chelsea Clinton is known as many things: Daughter of Hillary Rodham Clinton and former President Bill Clinton, a college graduate with a passion for nonprofit work. But did anyone think she’d add journalist to the list?

We previously reported that Chelsea Clinton was joining the NBC family to work on the “Making a Difference” segments and this Monday she finally made her debut.

Chelsea Clinton appeared on Rock Center With Brian Williams to bring awareness to the story of Annette Dove.

Annette Dove is in charge of the TOPPS program in Pine Bluffs, Arkansas, which is an after-school mentoring program.

Clinton took time to meet with the children of Dove’s program, who treats these children with so much kindness that she reads more as a family extension than a simple program runner.

Annette Dove has dug deep into her own wallet to fund much of TOPPS herself and was the perfect subject for Chelsea, who holds programs like this near to her heart, a perfect fit for her journalism debut.

As her first attempt out of the gate, Clinton seemed relaxed, yet also like she had a wall up, which was a weird combo to exhibit. Hopefully as time goes on, she’ll let down her guard a bit.

She told Brian Williams in the studio of her decision to do the “Making a Difference” segments, “For most of my life I did deliberately lead a private life and inadvertently led a public life.”

She revealed it was her late grandmother, Dorothy Rodham, who helped her make the choice. “She recently had been cajoling me and challenging me to do more with my life, to lead a more of purposely public life, that being Chelsea Clinton had happened to me and that I had a responsibility to do something with that asset and opportunity,” she said.

Did you catch Chelsea Clinton on Rock Center With Brian Williams? Head over to our comments section and sound off — how do you think she did?