Mike Myers, the writer and star of the Austin Powers film franchise, is in talks to adapt the spy satire into a Broadway stage musical.

Yeah, baby! New dad Mike Myers is hashing out a deal to pen a musical production based on the popular Austin Powers movies. 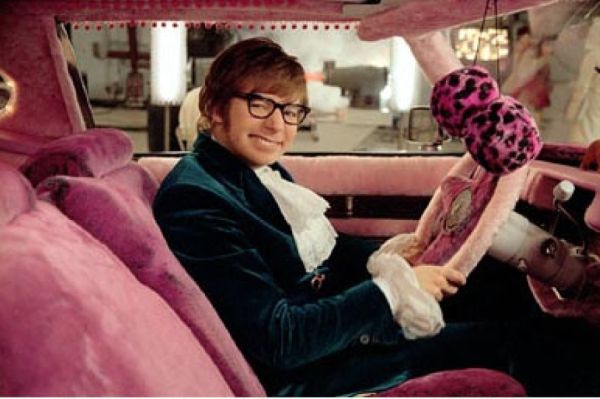 The stage show, set in 1960s London, will serve as a prequel to the comedian’s hit film franchise and detail how Powers acquired his infamous mojo.

Casey Nicholaw, who co-directed The Book of Mormon, is in talks to helm the proposed musical, centered around the buck-toothed, retro-suited shag-master behind the comedy trilogy, new reports claim.

“Mike is in talks to turn Austin Powers into a musical stage show. Mike would be heavily involved in writing the show, but he will not star in it, even though he has quite a good singing voice,” one source told The New York Post’s “Page Six” column this week.

The 1999 follow-up, Austin Powers: The Spy Who Shagged Me, took in over $310 million. The most recent installment, 2002’s Austin Powers: Goldmember, starred a pre-solo fame Beyonce as a gun-totin’ ’70s cop. That movie earned a reported $296 million worldwide.

Myers has also reportedly reached a deal with New Line to write and star in a fourth Austin film.

“The deal is in place, and Mike is currently writing the new Austin Powers film. But no date has yet been set to start filming,” an industry mole divulged.

It’s still unclear whether Jay Roach (who directed the first three comedies) will step behind the camera for the new movie.