Sharon Osbourne says now that her kids are out of the house she lavishes her affection on her dogs — and has even hired a nanny to care for them while she’s at work! 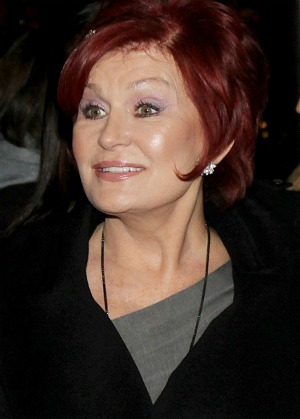 Sharon Osbourne says her dogs are her replacements for her children now that they’re out of the house — and she even hired a nanny to take care of them while she is working!

As one of the hosts of The Talk Osbourne has a busy schedule, but that doesn’t mean her doggies should suffer — nor she for company.

“I’m solo,” she told the New York Post, referring to her kids Jack Osbourne, Kelly Osbourne and Aimee Osbourne having all flown the coop. “It’s why I adore my family so much. And animals. They’re such company. I rescue them all.”

“I’m their hotel. I even baby-sit my friends’ pets. And I have a full-time nanny just to care for them. Bella, a five pound Pomeranian, is my favorite.”

That nanny had better watch her P’s and Q’s, though. Osbourne says she has no problem getting in someone’s face if things don’t go her way.

What was Sharon Osbourne’s shocking revelation? >>

“Do things correctly or I turn into an ax murderer,” she said.

“I’m not quiet — but I’m 59, I’ve earned that right — and I have no compunction if situations get out of order. None of us is perfect. Sorry, now and again, I must fix up something sometimes and apologize if I’ve gone too far. I’m no pushover, so I apologize graciously, which you need to do — especially at my age.”