Barry Manilow is taking a break from his Las Vegas show to deal with some nagging health concerns. 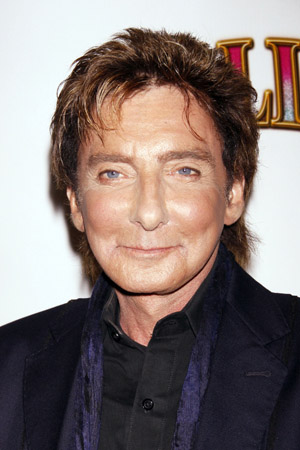 “I’m not as young as these other guys,” the singer told us. “Touring can be exhausting.”

However, performing 1,000 shows in Las Vegas night after night can take a toll on the body, too — and Manilow’s now dealing with the consequences!

“That’s what you get when you jump around to “Copacabana” for 30 years!” the singer joked to people about his upcoming surgery for bursitis in his hips. “Wish me luck!”

He’ll also get treatment for torn leg muscles and spend the next six weeks recovering. Manilow has been very vocal in raising awareness on certain issues, including atrial fibrillation, a medical condition he deals with on a daily basis.

“It starts off very innocently, like your heart is skipping a beat, and everybody’s had that. But then it felt different. There was something screwy about it. It kept getting faster and faster. It was totally random and it was out of control… out of rhythm. I knew there was something wrong. It was the first time I actually paid attention to what was going on inside my body,” he told Yahoo! earlier this year.

“I went to see [my doctor] and he knew exactly what it was… I went on a regimen of medication and very quickly my heart went back into rhythm, and everything got better. I never talk about… my personal life, my health, but they told me that two and a half million people have this condition, and many of them don’t do anything about it. Well, if you let this condition go, you are playing with fire, because it could easily lead to heart damage, heart attack, a stroke. When they told me all this I said, ‘Okay, let me talk to people about this.'”

And he is raising awareness — even among his new, younger fans. The sometimes mentor on American Idol is finding a new audience in those who watch the shows.

“I was in the makeup room with a young girl [on Idol],” he told SheKnows. “And she transformed into this superstar right in front of me.”

The new path to stardom influenced his first studio album in 10 years, 15 Minutes, released earlier this fall. The concept album explored the rise and fall of a star and was influenced by Britney Spears’ dramatic breakdown in 2007.

“[Today’s stars] are incredibly ambitious and driven,” he said.