Giuliana Rancic revealed that she’s getting a double mastectomy before the end of 2011. Find out why she’s pushing forward with the procedure so soon. 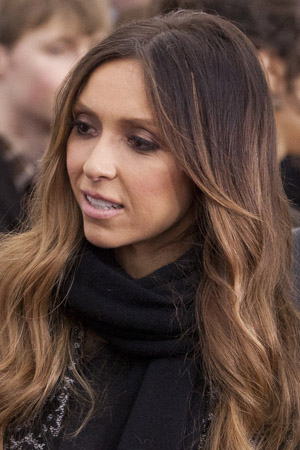 E! News host Giuliana Rancic has been incredibly brave — and honest — about her battle with breast cancer. It seems like nothing really fazes the reality star, though she does admit she’s afraid.

“[I’m scared] just of the unknown,” Rancic told US Weekly of her choice to undergo a double mastectomy. “I’ve never been through anything like this. I’m scared of waking up and the pain. I do hear it’s a painful recovery, so I worry about that.”

However, Rancic said she wants to get it done now so she and husband Bill Rancic can “bring in 2012 [and] not look back.”

“It’s a great time to do it,” she said. “I’ll be recovering during the holidays. It’s kind of quiet, and my family — and of course Bill will be with me, so it’s great.”

We agree — the new year should be a time of new beginnings for the couple who has fought fertility problems in their short marriage.

“There’s something really symbolic about starting out the new year like this,” Bill said. “I always tell Giuliana, once the clock strikes midnight, we’re taking the rear view mirror off the car and we’re not looking back because we’re going to be done. No looking over her shoulder, no worries. We can start living life.”

Luckily, there’s a good chance they can have their new beginning, because there’s “less than a one percent chance [the cancer] would ever reoccur,” she told the magazine.

And — as Rancic said last week — her breasts don’t make her a whole person. “My breasts have never defined me — and now they never will,” she said, adding that she plans to have reconstructive surgery.

She also has plenty of friends in her corner, including fellow breast cancer survivor Christina Applegate. “I know what that phone call sounds like and feels like,” the Up All Night star told E! after Rancic’s diagnosis. “I hope she knows that I’m here if she wants to ever talk about it.”

Go for it, Giuliana! We know you’ll make it through to a more positive 2012!