50 Cent has some opinions about Lindsay Lohan’s pictorial in Playboy. What does he think about her $1 million paycheck for the photos? 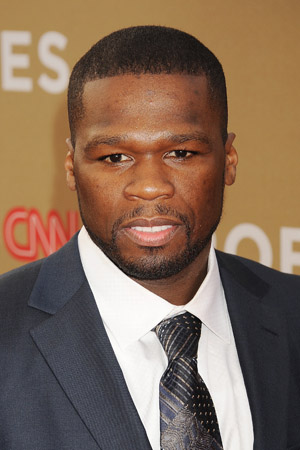 Rapper 50 Cent admitted that he — like everyone else — is curious about Lindsay Lohan’s nude Playboy pictures.

“I haven’t seen it,” he told Hollyscoop backstage at Sunday night’s CNN Heroes: An All-Star Tribute taping. “But I always wondered what Lindsay’s (private parts) looked like. Ever thought about it? I’ll check it out and see what happens.”

50 Cent — real name Curtis Jackson — isn’t so sure Lohan is much better than a stripper, though.

“$1 million to pose nude is the same thing strippers do almost every day for way less. If they give you a million dollars, does that change the status of what you’ve done? If I pay a hundred dollars… is it the same thing as paying a million dollars when you’re a movie star or celebrity? The same transaction? Or is it socially different? Does it register different because of how much?”

We get it: 50 Cent is so worried about the community now that he’s working on his Street King mission to feed African people. However, we’re sure he’s visited his fair share of strip clubs over the years — does that make him better than the strippers? Nope.

Lohan isn’t too worried about what people are saying about her Playboy spread — she’s in Hawaii worrying about her stolen cash. We do get a glimpse at how she feels about her sexuality, thanks to the recently released Playboy interview.

The troubled actress showed her misguided feminism when she said posing for the skin mag was about “confidence” and “was an important thing for me as a woman.”

“Sex and sexuality are a part of nature, and I go along with nature,” she said in the interview.

“I think Marilyn Monroe once said that. I certainly agree with her… Knowing yourself and your body is so important because it gives you confidence, and in life, women need confidence. It’s a very male-dominated world to begin with, so knowing yourself and being comfortable with your body is an important thing for me as a woman. Everyone is entitled to their opinion, but this is mine.”

Do you agree with 50 Cent: Is Lindsay Lohan like a stripper?