Actress Melissa Gilbert revealed on The Talk that she always had a feeling that her sister Sara was gay.

We’re learning more and more about actress Sara Gilbert during her days co-hosting the popular daytime chat show The Talk. She’s revealed a lot on the show, including her break-up with her longtime partner and her new relationship with songwriter Linda Perry. 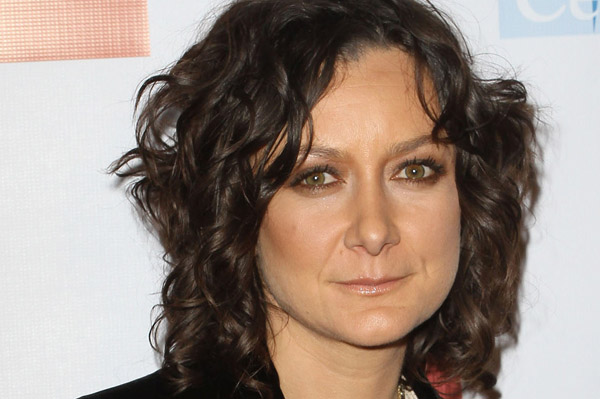 As for the rest of her private life? Sister Melissa Gilbert filled us in during her Monday appearance on the show.

“On the subject of love and relationships. When did you first realize that your beautiful sister loved vajayjay?” co-host Sharon Osbourne asked Melissa, much to the embarrassment of Sara.

“You know what, I’ll put it to you this way… I took her to dinner when she was in her teens and I sat her down and I gave her this long speech about how much I love you and it doesn’t matter and you’re my darling and blah, blah, blah and you can tell me anything,” Melissa revealed. “And she looked at me and she said, ‘I’m not gay.’ And I was like, ‘OK, whatever.'”

Sara came out several years later, though Melissa revealed she knew all along.

“Don’t we have a break coming up?” a red-faced Sara joked.

Nothing to be embarrassed about, Sara! We’re happy she’s in love — even though she can’t understand the interest.

“It’s weird. I go online and it’s on like CNN, and I’m flattered and I can’t believe that anyone cares,” she revealed on the show in late November. “As I’m developing a relationship with you guys [to her co-hosts], the audience, I do want to share stuff with you guys but kind of would rather do it on my terms, I guess, in full hair and makeup.”

Do you think Sharon Osbourne’s question was appropriate?