Curious to know what the hot entertainment stories will be in 2012? The search engine Ask.com has a few predictions.

We already know that Kim Kardashian was the most discussed star in 2011, but what’s going to happen in 2012? Predicting the future is a lot harder than evaluating the past, but Ask.com is doing just that with their thoughts on the upcoming year. 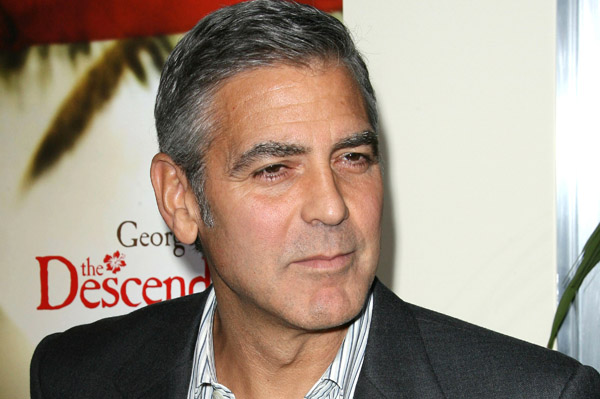 The search engine evaluated user questions to determine what we’ll be talking about in 2012. The biggest stunner? That George Clooney will earn two Oscars come awards season!

The website might be onto something here — Clooney is viewed as an Academy Award frontrunner for his two critically-acclaimed films, The Ides of March and The Descendants. He already earned a Best Supporting Actor Oscar for his role in Syriana.

Clooney isn’t getting carried away with the buzz.

“It’s nice to have films that people like out there. It’s always fun to do that. It’s just exciting to have that,” Clooney told Access Hollywood earlier this month. “I’ve been the front runner a couple of times and have lost. So I don’t ever listen… I really do enjoy movies. I really like being in them and I like seeing them, that’s all I really think about and worry about. The rest, I kind of let do its thing.”

Ask.com is also predicting that Dr. Oz will beat fellow Oprah protégé Dr. Phil in the ratings for his daytime talk show and that Nicki Minaj will put Katy Perry to shame with album sales.