Kate Winslet is about to hit the big screen as Rose once again when Titanic 3D debuts in April, yet the actress isn’t exactly ready to party like it’s 1997. 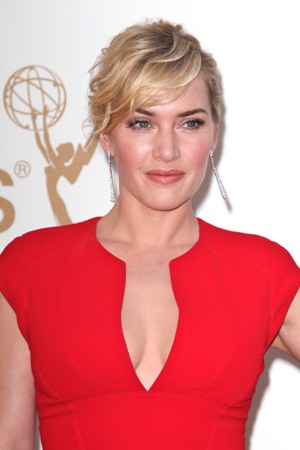 Titanic 3D is coming to theaters next year! While fans of the mega movie can’t wait to see the ship sink in three dimensions, actress Kate Winslet is struggling with this walk down memory lane.

A lot has changed since Kate Winslet originally took on the role of Rose DeWitt Bukater. In the nearly 15 years since James Cameron‘s Titanic first hit theaters, the 36-year-old has married, became a mother to daughter Mia, divorced, remarried, became mother to son Joe, and divorced again. Perhaps it’s understandable then that Kate Winslet feels “disconnected” from her life so long ago.

Regarding Titanic 3-D, the actress recently confessed to Stylelist, “You know, at the end of the day, it’s weird. It’s really weird because it’s 15 years ago and I don’t know, I feel very disconnected now from actually what was going on in my life at the time and how I felt. A lot of it, it does really feel like a distant memory, so it’s going to be quite strange to have that sort of thrust into people’s face all over again.”

Kate Winslet, pictured here at the Emmy Awards in September, continued, “I’ve no idea what it’ll be like, the experience, but it’s exciting to think that a whole new generation of young men and women who, perhaps, haven’t seen it, who may have been conceived after the first date night of a couple going to see Titanic. I mean, God knows. It does mean that a whole new generation of people will be seeing the film and that’s fantastic. That’s wonderful.”

Despite having been nominated for an Academy Award for her Titanic role, Kate Winslet hasn’t yet set eyes on any of the revamped film’s 3D effects. “I’m fascinated to see it in 3D myself,” she said. “I still haven’t seen any of it. I know a couple of people who have and they’re like, ‘God, it looks amazing,’ So yeah, we’ll see.”