Forget to brush up on your Justin Timberlake trivia and it could cost you one million smackers. Just ask The Million Pound Drop contestants Alex and Gareth. 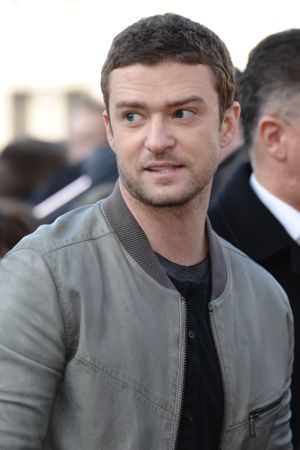 Move ovah, Rebecca Black! A couple featured on the UK game show The Million Pound Drop has become the web’s latest viral sensation after giving the wrong answer to an “easy” question about crooner-turned-actor Justin Timberlake — and blowing a small fortune in the process.

Meet Alex and Gareth, the couple eliminated from the show on the first question: “Justin Timberlake won an award in October this year for helping to protect what?”

The potential answers to the question were: “Friends with Benefits,” “Trouser snakes,” “the environment” and “Sexy Backs.”

Under the rules of the show, each two-person team is given $1 million in 40 $25,000 bundles and must place all, or some of the money, above doors that correspond with the correct answers.

The incorrect answers are then eliminated causing the doors to open inwards and the cash to be whisked away.

As the Timberlake question was asked, an adamant Alex could be heard telling Gareth, “He did it with that girl” (apparently referring to Friends with Benefits, Justin’s 2011 romantic comedy with Mila Kunis).

t
“Are you sure 100 percent it’s not the environment?” Gareth asked her.

As the couple placed all their money on “Friends with Benefits,” a doubtful Gareth continued asking, “100 percent, 100 percent?”

“If it’s not this, you’re having five minutes outside in the cold!” Gareth told her.

After the one minute time limit expired, the chute opened and the couple’s cash plunged out of sight.

Alex fell to her knees, inconsolable.

Justin Timberlake shares his love of “green” at Environmental Awards >>

Since the show went to air, the couple (but particularly Alex) has become the subject of online ridicule.

Even comedian Ricky Gervais got in on the fun, tweeting: “…Can we make sure tonight’s episode of million pound drop isn’t seen in other countries?”

No such luck, Rick.

Oh — and for future reference, Justin was presented with the EMA Futures prize at the Environmental Media Awards earlier this fall.

You never know when that information might come in handy.