Not only has Lindsay Lohan’s Playboy pictorial been leaked, but her sexually-charged interview has, too. Read on to find out what she has to say about sexuality and life lessons. 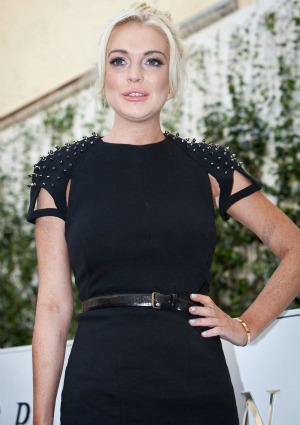 By now you’ve seen the heavily-Photoshopped images of Lindsay Lohan in Playboy channeling her self-professed idol Marilyn Monroe — but you haven’t heard what the troubled starlet has to say.

Lohan told the mag that if you want to be a strong woman, you need to have confidence in your sexuality.

“Sex and sexuality are a part of nature, and I go along with nature. I think Marilyn Monroe said that, and I agree with her,” she said. “Knowing your body and being in touch with your body is important because it gives you confidence, and in life, women need confidence. It’s a very male-dominated world, so knowing yourself and being comfortable with your body is an important thing for me as a woman. Everyone is entitled to their opinion, but that’s mine.”

Lohan, who at this point in her career is better known for her legal woes than her talent, also touched on her early years in Hollywood that led her down her dark path in the first place.

“Ultimately, we are each responsible for ourselves and for our actions,” she waxed philosophical. “Looking back, I probably would have listened to and taken more advice from the people whom I admire and would have followed through with it more. My stubbornness at 18 and 19 years old got in the way. During the past five years, I’ve learned that time flies faster than you think, and because you only live once you have to learn from your mistakes, live your dreams and be accountable.”

Lindsay Lohan’s Playboy spread has been released early and can already be accessed on Playboy.com after being leaked by unknown sources last week.