Alec Baldwin returned to his familiar Saturday Night Live stomping grounds this week to poke fun at his run-in with American Airlines. 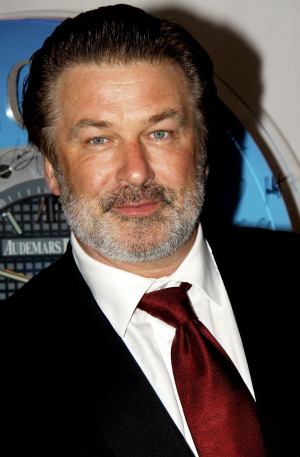 By now you probably know Alec Baldwin was recently kicked off of an American Airlines flight after refusing to turn off his phone.

The actor wasted no time posing as the pilot of the plane on SNL to put some humor into the situation.

He already issued his own statement for his part in getting kicked off the American Airlines flight, but he wasn’t done there.

The actor hit up Saturday Night Live’s “Weekend Update” sketch to reverse the roles a bit.

Posing as the pilot of the flight, Baldwin told Seth Meyers, “I am ashamed at the way he was treated. I mean, what harm would it do to let him keep playing his game… not just any game, mind you, but a word game for smart people.”

The actor in character as the pilot also referred to himself, the actor, as an “American treasure.”

The entire stunt was very Baldwin-esque and pretty darn funny!

The war of words between Alec Baldwin and American Airlines has been a game of back and forth ping-pong, with Baldwin apologizing to the passengers but not the airline.

At one point, the 30 Rock actor said in a letter on the Huffington Post, “It was never my intention to inconvenience anyone with my ‘issue’ with a certain flight attendant.”

He’s so crafty with his words.

Head over to our comments section and sound off about Alec Baldwin’s SNL appearance.

read on for more alec baldwin

See what American Airlines had to say