Glee is using its power of voice to give back in a very, very big way this holiday season.

Glee’s Christmas episode is upon us (Dec. 13), and the cast is doing their part to make a difference with a special song. 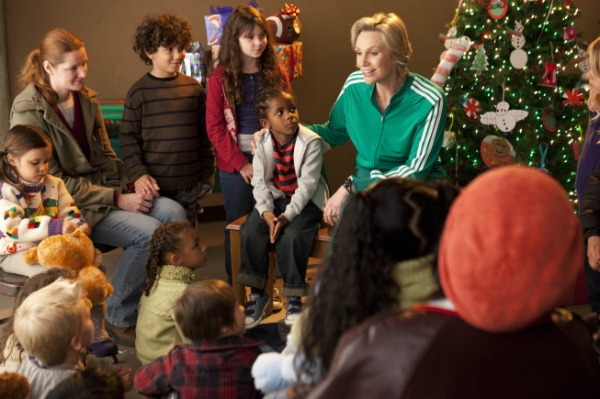 When you tune in to the Tuesday, Dec. 13 episode of Glee, “Extraordinary Merry Christmas,” you’ll hear the cast’s version of Band Aid’s “Do They Know It’s Christmas?”

The song will mean more than a simple pleasure to our hearts.

According to a release from Sony Music Entertainment/Columbia Records via Mike Navarra, “In the spirit of the holiday season Glee will donate 100 percent of the net monies from the sales of their version of Band Aid’s 1984 hit “Do They Know It’s Christmas?” to The Band Aid Trust.”

According to the release, The Band Aid Trust (a British charity since 1985) “has raised in excess of 190 million to support projects designed to make a lasting difference in Ethiopia, Somalia and surrounding countries in East Africa.”

Check out a preview of “Do They Know It’s Christmas?” and get ready to make a difference. Click here for Glee music.

Band Aid’s Bob Geldof is in complete support of Glee covering “Do They Know It’s Christmas?” and said, “The reverberations of this little song continue down the long 26 years since Midge Ure and I wrote it.”

He added, “It could not be more timely now that Glee with its vast global audience of young people reintroduce it to a whole new constituency who are probably unaware of the great tragedy unfolding amongst the hungry, poor and dying of Somalia as a result of drought and a bitter and pointless civil war. This song was made specifically with that intent.”

Geldof also went on to thank everyone from the producers to the actors for using who they are and what they do to “alter the lives of many thousands of otherwise voiceless people.”

Kudos to Glee for giving back!