Ready to snuggle on the couch and catch up on something you might have missed in the theaters? This week’s crop of new releases will have you laughing, crying and clutching an arm. 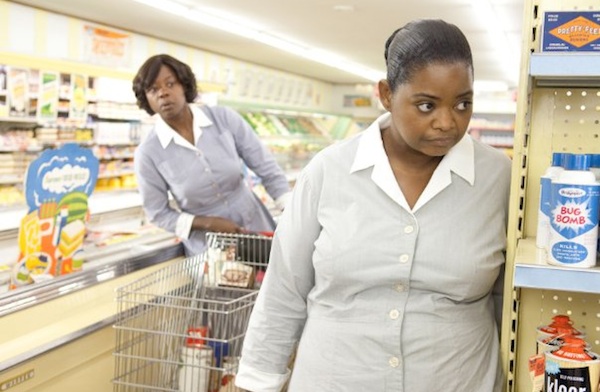 Burrr! Unless you live in Miami, you’re fully aware that December is here. That means it’s time to stay in with friends and family and catch up on all the movies you might have missed in the theater this year. SheKnows has assembled the very best of what’s new out this week on DVD, Redbox and Blu-ray.

If you haven’t seen this heartwarming tale of spitfire women living in Mississippi during the Jim Crow era, The Help is definitely our top pick for a must-rent. So, grab your girlfriends, sisters and moms and have a ladies’ night with amazing performances by Viola Davis, Emma Stone, Bryce Dallas Howard and Octavia Spencer. Kleenex? Yes, please.

The real story behind The Help >>

Feeling a void in the R-rated comedy department? You can’t miss seeing the sequel to the popular drunk comedy that launched a global membership in the infamous Wolf Pack. Bradley Cooper, Zach Galifianakis, Justin Bartha and Ed Helms mix like vodka and cranberry juice in the off-the-wall comedy, The Hangover Part II.

Rotten Tomatoes: 35% rotten (but worth the rental!)

Jim Carrey is back in this goofy comedy about a businessman who inherits six penguins. Only in New York. Comedy ensues and you’ve got to see it to believe it. Cuddle up with the kids on the couch and watch one of the funniest men in Hollywood lose his mind. Always makes for a fun night!

If you thought she was intimidating as the queen, you haven’t seen Helen Mirren kick some serious spy booty. The Academy Award-winning actress shows everyone who’s boss in the spy thriller that keeps you on your toes. Starring Sam Worthington, Tom Wilkinson and Jessica Chastain, The Debt is one of the most underrated films of the year.

Daniel Craig, Harrison Ford and Olivia Wilde fight aliens in the dusty Old West? Oh, yeah. If you’re in the mood for a fun action adventure sci-fi film with lots of grit, this is definitely one for the list.

Tell us: What are you dying to rent this holiday season?