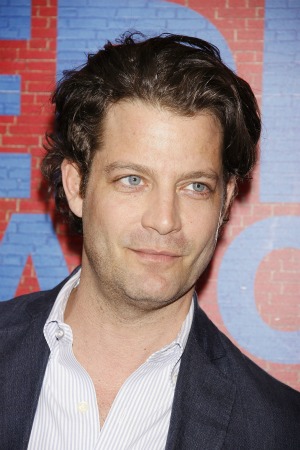 We have to wonder, will Nate Berkus go out with a cleverly decorated bang when The Nate Berkus Show takes its final bow in May?

It seems like only yesterday Nate Berkus began suggesting colors and materials for our living rooms on his new show and now it’s over.

According to a report via The Hollywood Reporter, The Nate Berkus Show will continue to shoot as scheduled and wrap season two in May, making this the final season.

According to the report, Harpo Studios and Sony Pictures Television said in a statement, “After careful consideration, we have decided that The Nate Berkus Show will not return for a third season in the fall.”

The statement went on to say, “We are grateful for the hard work and heart that Nate, [executive producer] Corin Nelson and their entire team have poured into the show, and we’re very proud of what they’ve delivered.”

Nate Berkus, who wasn’t on the receiving end of high ratings, said in his own statement, “I’m incredibly proud of my hard working and talented staff, and proud of the show we were able to produce every day.”

The daytime talk show circuit is changing with the times, but there is also a familiar face of the past heading to our TVs again.

It was recently revealed that Ricki Lake is slated to make us say “Go Ricki” in 2012 with her new 20th century talk show.

Then there’s Jeff Probst who will be trying his hand at daytime with CBS Television Distribution.

What do you think of the decision to not renew The Nate Berkus Show for a third season? Were you a fan?