Melissa Joan Hart shows us her comedy chops in a new Funny or Die video that pokes fun at her teen star past. 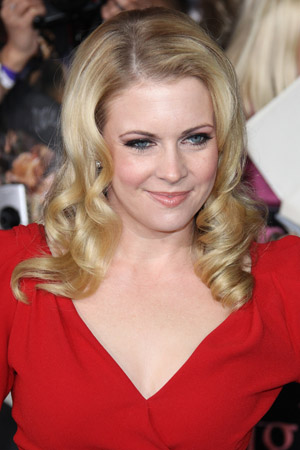 Melissa Joan Hart grew up as a child star on shows like Clarissa Explains It All and Sabrina the Teenage Witch. Many of us twentysomethings remember growing up with Hart — and now we’re getting a bit of 90’s nostalgia with the actress’ new Funny or Die clip.

In the video, Hart shares a meal with her talking cat co-star, Salem, and she remembers how much she loves magic. She revisits her magical past, much to the dismay of her fellow diners.

Hart is still on television with another former child actor, Joey Lawrence, in the comedy Melissa and Joey. The pair sat down with SheKnows earlier this summer to reminisce about their child actor pasts.

“I was in the movie Crocodile Dundee. I was in the movie Aliens. I was cut out of both of them. You find that you have a lot of rejection and you learn young that you have to let it go and if you don’t have thick skin you aren’t going to make it,” Hart told us of the lessons she learned as a young star. “All my friends, including this guy here (Lawrence), were people I met in audition rooms. The people around me were child actors but I also had my life at home with Girl Scouts and dance lessons. My life was a mixture of both.”

However, the industry is different now than it was a decade ago. She’s embraced it by becoming a Twitter addict, even though it gets harsh at times.

“I tweeted that I didn’t like Piers Morgan’s reporting on the royal wedding,” she revealed. “He heard it and tweeted back that he thought I did crap acting on Sabrina so I got worried but I ended up getting more followers. You learn that ‘Oh, my God, if I do something bad I get rewarded for it.'”

Guess she’s taking that lesson to heart with this funny video.