Jay-Z and Kanye West are hinting that they’ll record a follow-up to their smash collaboration, Watch the Throne.

We can’t stop listening to the Jay-Z and Kanye West collaboration Watch the Throne. Looks like we’re not the only ones — people want to know if the hip hop duo will be releasing a follow-up. 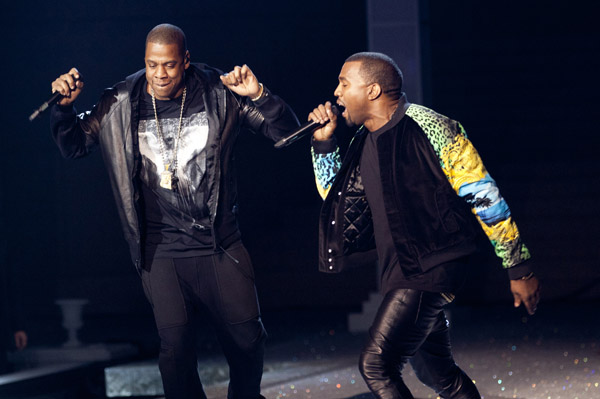 West seemed to back up Jay’s thoughts during a recent hometown concert in Chicago.

“Don’t worry, because me and Hov are gonna keep on making s**t,” he told the crowd of his Album of the Year Grammy snub for My Beautiful Dark Twisted Fantasy.

West blames himself for the whole issue.

“Something I figured out earlier today, because you know everybody came to me last night like, ‘Congratulations,’ because you know I’m leading — I have the most Grammy nominations once again, like we always do at this time,” he added during the show.

“I figured it out, though. That’s my fault for dropping Watch the Throne and Dark Fantasy the same year. I should’ve just spaced it out, just a little bit more.”

So, does this mean both West and Jay will space out their solo albums so that they can put out another collaboration? We can’t wait to find out.

Are you excited for a potential Watch the Throne — Part II?