James Cameron claims he wrote the script for Avatar. Not so, says the plaintiff in a new lawsuit. 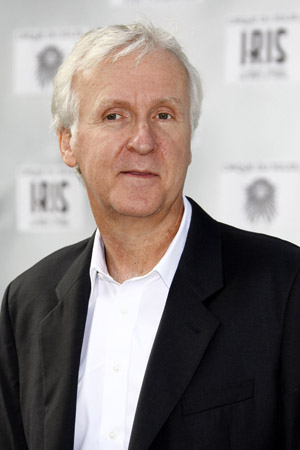 Did iconic director James Cameron steal the concept for his box office smash Avatar? A science-fiction fan says yes — and he’s suing him for it!

Eric Ryder is suing Cameron for copying the concept of his film, KRZ 2068, described in the lawsuit as “self-contained robotic exterior suits which house a single human operator … just like in Avatar,” according to court documents published on TMZ.

The disgruntled screenwriter said he originally pitched the film to the director in 1999, only to be brushed off in 2002 after serious talks. Ryder said studio big wigs told him “no one would go see an environmentally-themed feature length science fiction movie.”

Well, people turned out in droves and the film has earned about $2.8 billion since its release in December 2009.

Ryder said he went back to Cameron and his crew in 2009 to complain, saying that they even copied his idea to cast Sigourney Weaver in the film. They responded by saying Cameron wrote the script for Avatar way before 1999.

“It’s on Pandora. Well, I’m really writing the second and third films together, so it completes a kinda three film story arc. And we will see the oceans of Pandora, which we haven’t seen at all and that’s an ecosystem that I’m dying to start designing because it’s going to look spectacular,” he revealed in October, adding that the new film’s focus will be more narrow than the first.

“I think it’s just a continuation of the same thing. I want people to feel that same sense of excitement about that world. You know, the fictional Na’vi people and I want them to feel that excitement of discovery of a new world that they’re going to see things that they haven’t imagined. All that sort of the perk package of the first movie is still going to be there. And the themes will be there and be played out in a way that I think people can accept.”

Wonder if Ryder will sue Cameron for future films, too?

Who do you believe: Eric Ryder or James Cameron?