Lionsgate Entertainment has announced plans to remake the horror-thriller American Psycho. The cult favorite is best known for its graphic violence, yuppie commentary and its twisted protagonist — Patrick Bateman.

Get your torches and pitchforks ready, Lionsgate is remaking American Psycho. The studio is moving forward with plans to produce a new adaptation based on Bret Easton Ellis’ 1991 novel. It was previously adapted for the big screen in 2000 and headlined by a young Christian Bale. 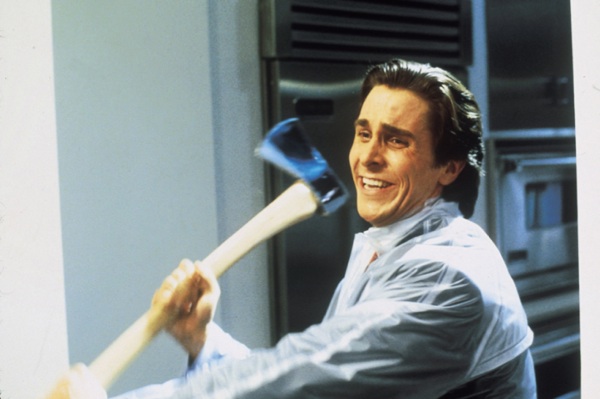 According to Variety, Lionsgate has hired Noble Jones to write and direct a “re-imagining” of the film. Jones is best known as a commercial and music video director, but he recently worked under David Fincher on 2010’s The Social Network.

The original American Psycho takes place in the 1980s and centers on a rich investment banker named Patrick Bateman. By day, Bateman runs with a yuppie Wall Street crowd, but by night he stalks and kills innocent people. Jones’ version will move away from the film’s vintage setting and place Bateman in a more modern-day world.

In terms of profit, American Psycho wasn’t a notable commercial success. It earned a mere $15 million at the domestic box office and $34 million worldwide. In spite its poor debut, the film became a cult classic on DVD thanks to Bale’s iconic performance and its memorable dialogue. One of its most famous quotes is Bateman’s go-to line for escape: “I have to return some videotapes.” It’s a cop-out that definitely wouldn’t work in this day and age.

Aside from Bale, the cast of American Psycho featured plenty of talented actors including fellow Oscar-winner Reese Witherspoon, Jennifer Aniston‘s main man Justin Theroux and actor-turned-musician Jared Leto. On a side note: Leonardo DiCaprio was originally cast as Bateman in the 2000 version, but the studio didn’t think he was right for the part.