Rosie O’Donnell has fired back at David Letterman for mocking her lightning-fast engagement to Michelle Rounds. See what she had to say.

David Letterman is quite the jokester, but Rosie O’Donnell is not amused. The not-so-newly-engaged talk show host took to her own OWN stage to fire back at the Late Show funnyman for making fun of her hot love life. 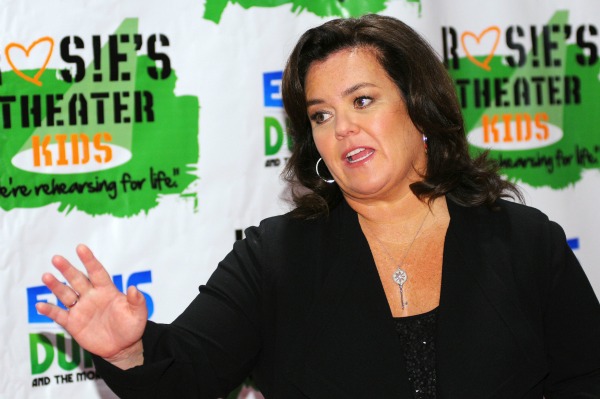 In his monologue Tuesday night, David Letterman mocked Rosie’s relationship — and lesbian relationships in general — with a cutting joke.

“The woman she is marrying, her fiancée, was driving… and her car broke down. And guess what happened? Rosie pulls up right behind her in her tow truck,” Letterman joked.

In reality, Rosie said the couple met at a local Starbucks.

This seems to be a rather sensitive subject for Rosie and, now that she has a captive audience, she is coming out swinging.

“I don’t remember making fun of you when you had sex with all your interns!” she said in response to Letterman’s jokes. “I didn’t make fun of your rampant, throbbing heterosexuality, did I Dave?”

Rosie then proceeded to offer her own top five list of reasons why she refuses all offers to appear on The Late Show, including “Dave, when you had that heart surgery, you shouldn’t have told the doctors to take out the whole thing,” and “Not only do you appear to be anti-gay, you’re anti-tow truck driver!”

Actually, Rosie’s refusal to go on the show stems back to that very heart surgery she refers to on her list. Back in 2005, Rosie claimed on her blog that after she offered to help fill in for Letterman during his heart surgery, she was accused of gunning for his job — a claim his people have steadfastly denied.

Tune into The Rosie Show today on OWN at 7/6 p.m. Central to see her complete rant and top five list.