Kim Kardashian will get her party on in Las Vegas this New Year’s Eve. Want to join her? Better break out the checkbook. 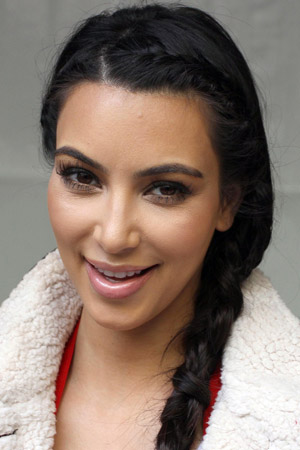 If you’re like us, you’re starting to think about your New Year’s Eve plans. Might we interest you in a little partying with divorcée Kim Kardashian?

Say what? It’s true — you can party in close proximity to Kardashian and the rest of the klan if you pony up the bucks. Don’t worry, hors d’oeuvres and a champagne toast are included in the price.

Thinking of going? We know of at least one person who isn’t — jilted ex-husband-to-be Kris Humphries.

“It’s going good,” Humphries told Good Morning America of his life these days. “I’m excited to be close to playing basketball. In the off-season, I’ve been doing a lot of things with my foundation, spending time with my family, working on my game a lot.”

The free agent is looking for a team now that the NBA lockout is over.

“It’s been different, but through everything I’m just focused on family and preparing for basketball — you know, basketball is something I’ve always taken very serious — and moving forward,” he added. “You know, for me, it’s just… certain things happen in life and you’ve gotta move on. I’m excited to be where I’m at with the NBA season coming up and I’m ready to go.”

Nice to see that he has such a good attitude about it!

Would you pay $20K to party with Kim Kardashian?