Keeping Up with the Kardashians star Kris Jenner is among the celebrities tapped to judge next month’s Miss America pageant in Las Vegas. 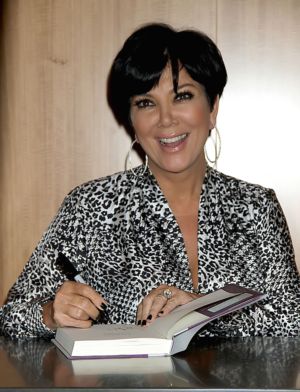 Kardashian family matriarch Kris Jenner knows a thing or two about beautiful girls: She’s raised five! Now the money-making mama of the reality syndicate is going to put her knowledge to work as a judge for the 2012 Miss America Pageant.

Kris made the big pageant announcement in a Twitter posting this week.

The pageant, airing live Jan. 14 from the Planet Hollywood Resort & Casino in Las Vegas, will be hosted by Bachelor frontman Chris Harrison.

Meanwhile, Kris spoke about her daughter Kourtney’s recent pregnancy announcement to reporters at a Women in Entertainment breakfast on Wednesday, making a rather hilarious suggestion as to an appropriate baby name.

Kris Jenner: I could have saved Nicole Brown Simpson >>

“It should be called Kris, of course!” laughed Kris, when asked her opinion on the matter.

Hold on a second. Is Mama Jenner suggesting naming her grandkid after herself? Or was that a rather cheeky slip about daughter Kim’s two-minute-marriage to Kris Humphries?

Wouldn’t it be a hoot to name that kid after the saga that is Auntie Kim’s pending divorce?

Kris has been vocal about wanting Kourtney to marry her boyfriend and baby daddy, Scott Disick. But she now admits she doesn’t “think it’s in the cards for them.”