Charlize Theron shows us how nothing turned out quite right for the most popular girl in high school in the quirky comedy Young Adult. 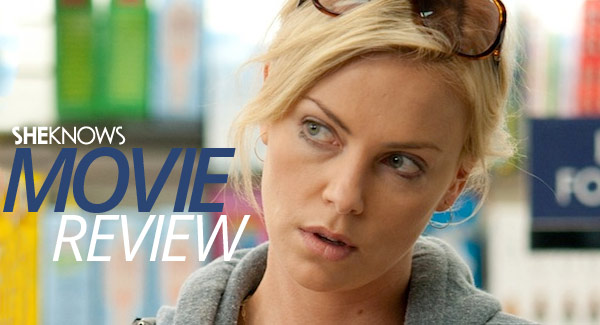 Charlize steps out for the Los Angeles premiere of Young Adult >>

So, do you ever wonder what she’s doing now? Wouldn’t you be shocked to find out she’s lying in a pool of her own vomit surrounded by… wait for it… no one? That’s pretty much where things pick up (minus the vomit) in Young Adult for Mavis Gary (played by Charlize Theron), a late-30s pretty girl whose ex-boyfriend’s wife has just sent her a photo of their newborn.

Gak! Who wants that in their inbox? Not this seemingly successful, still gorgeous, one-time prom queen.

Actually, she wears falsies. And sleeps with guys to make herself feel better. It’s every nerd’s dream. The prom queen is miserable. And, now we get to see how she deals with this thanks to gorgeous acting by Theron. In fact, after watching this quirky take on taking your life back you might even start to understand that girl rather than hating her so much. I know, right? How much have we all grown up?

Well, Mavis hasn’t grown up that much, and that’s the problem. When you’ve given everything, it’s hard to know what to go after and how to fight for it. And that can lead to drinking, self loathing and basic stupidity. Just as you imagined!

That’s why this young adult (that’s pre-teen) novelist who has writer’s block decides to stop guzzling Diet Coke and going to fast food restaurants to eavesdrop on teenagers. Why is she doing that, you ask? To get the “inside” scoop for her book, but now it’s time to make something of herself by going back to her hometown in an effort to win her ex-boyfriend back. Great idea!

Mavis thinks of her ex’s wife and new baby as mere obstacles in her grand plan to put her life back together. Armed with clever wit and more spunk than Punky Brewster, this teen-adult isn’t letting anyone harsh her mellow. 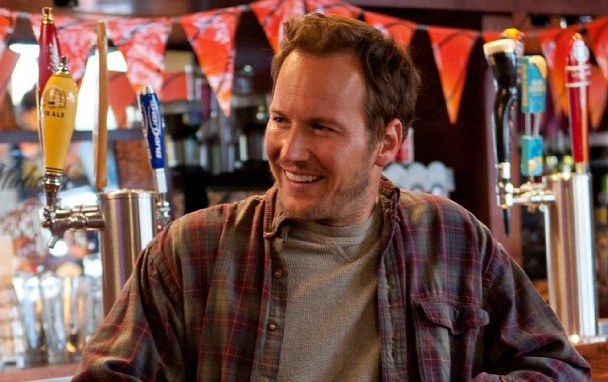 She packs a bag and hits the road back to her hometown to find Buddy Slade, played by Patrick Wilson. He’s the popular guy who was fabulous at making out in cars and going the distance when it comes to making mixed tapes. He’s now working for his dad at a local company and not the BMOC anymore, but he doesn’t really care. ‘Cause he’s all right with the status quo.

His wife, Beth, is played by Twilight‘s Elizabeth Reaser. She’s actually pretty cool. She plays in a band — horribly but adorably — still likes to get drunk, but also helps challenged kids and, get this, is actually a good mother. She’s the worst adversary for an egotistical ex-prom queen who’s got about as much empathy for other people as she does food in her stomach. 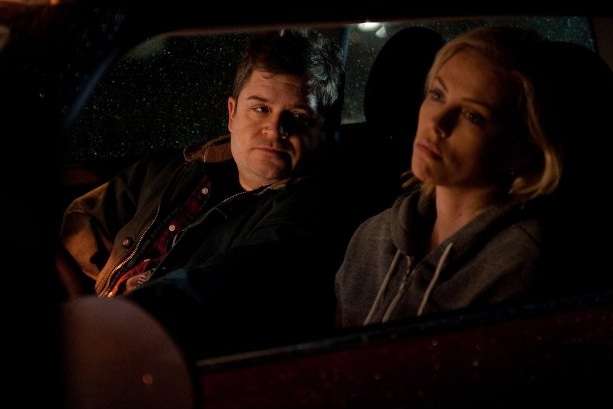 This is where the story realizes that our gal needs a friend. Charlize’s character runs into the guy who fortunately — or unfortunately if you count this late-in-life comeuppance — had the locker next to her in high school. He is Matt Freehauf (played by Patton Oswalt). He was crippled in high school by a hate crime that happened behind their school.

The only thing Mavis remembers from this is that Matt got to “miss all that school.” She just doesn’t get it. But no one talks to Matt quite like Mavis and well, she is beautiful, so they strike up an uncanny friendship. Oswalt is excellent in the role, delivering some of the best lines in the film. He holds his own against Oscar-winning Theron and brings a reality to the film that keeps it grounded.

Young Adult is a reteaming of the Oscar-winning Juno screenwriter Diablo Cody and director Jason Reitman (Up in the Air, Thank You for Smoking) team.

Bottom line: If you like quirky comedies, have big love for Charlize and are just a little bit curious about what happened to your prom queen… Young Adult will be great for you.