Batman artist and Joker creator Jerry Robinson has died. He passed away in his sleep on Thursday at the age of 89. He’s survived by his wife, children and the millions of comic fans he touched over the years. 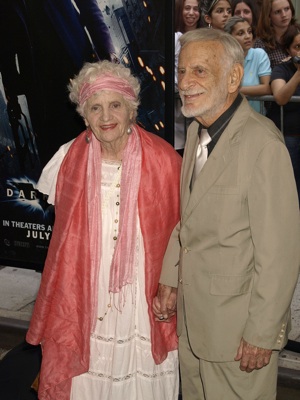 Today, the comic book world mourns a legend. It’s been confirmed that pioneer Jerry Robinson has died. The famous cartoonist was best known for his iconic additions to the Batman comics.

Robinson’s career started early on, when Batman creator Bob Kane discovered him at Columbia University in 1939. He was only 17 years old but was hired to work as an inker and letterer. Shortly after, he came up with a design for The Joker, and despite Kane and writer Bill Finger’s attempts to credit themselves, most historians give Robinson that honor.

According to CNN, DC Entertainment co-publisher Jim Lee openly acknowledges Robinson’s contributions to not only Batman but the DC brand.

“Jerry Robinson illustrated some of the defining images of pop culture’s greatest icons. As an artist myself, it’s impossible not to feel humbled by his body of work. Everyone who loves comics owes Jerry a debt of gratitude for the rich legacy that he leaves behind.”

In the 1970s, Robinson supported fellow cartoonists Jerry Siegel and Joe Shuster during a legal battle with DC Comics over compensation and recognition for (their creation) Superman. That wouldn’t be the first or last time he used his talent and name to voice his opinion. Robinson also worked as a satirist for the comic strip Still Life, which was filled with irreverent, political commentary.

In an official statement, Michael Uslan, comic historian and executive producer of the Batman films says it best.

“Batman has lost another father. Farewell to my dear, dear friend, mentor and idol, Jerry Robinson. His creative work is immortal as co-creator of The Joker, Robin the Boy Wonder, and the visualizations of Alfred, The Penguin and many more. Jerry elevated comic books as art and fought for respectability for all his fellow artists. He fought for Siegal and Shuster’s names to be restored on Superman.