Alec Baldwin may be persona non grata with American Airlines, but now another transportation company has a beef with the actor. What happened? 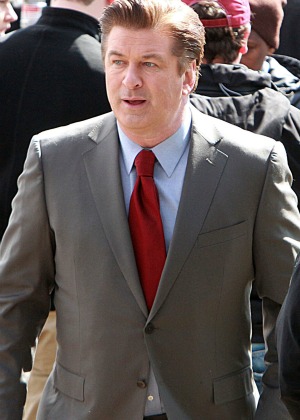 Between the not-so-friendly skies and the wide open road, transportation options are getting rather limited for Alec Baldwin these days.

The 30 Rock actor was booted from an American Airlines flight for refusing to turn off his phone after the doors were closed and, by way of explanation, later referred to the experience of flying as being as bad as “a Greyhound bus experience.”

Guess who wasn’t too fond of that negative comparison? Greyhound.

“First of all, we have hundreds of new buses in our fleet where we’ve added more legroom, leather seats, power outlets and free Wi-Fi,” wrote Greyound President and CEO Dave Leach in an open letter to the actor. “I think you especially would find the latter two amenities exciting, because we don’t require our customers to turn off their electronic devices… ever. You could therefore play Words With Friends during your entire trip and nobody would give you any grief over it.”

“Should you still decide not to try us, even after I’ve shared with you all of the exciting changes we’ve made here at Greyhound, all I ask from you is a simple apology,” Leach says. “We are not the same company we used to be… Greyhound is an American icon, a proud company that many people depend on to get them to their destinations, the same people who watch your films and TV show.”

Somehow we don’t think Leach should hold his breath waiting for that apology.