Did Lady Gaga die? Time to get the latest celebrity death rumor under control! 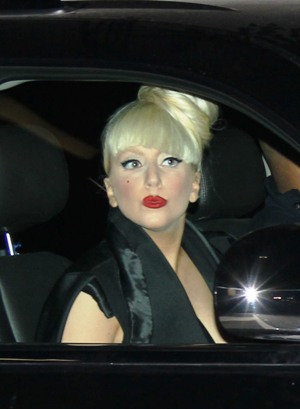 Lady Gaga dead? Fans of the megastar were scared into scouring the web for reports Wednesday after a fake news report stated Lady Gaga died in a hotel room — rumors we are happy to report are not true!

Along with the address to the BBC’s main website (devoid of any such stories about Lady Gaga’s death), the post included the sub-caption, “This is the most awful day in the U.S. history.”

Perhaps adding fuel to the fear of Gaga fans worldwide is an interview published by The Sun which links Lady Gaga to Princess Diana. An unnamed source revealed:

“Gaga has always been absolutely fixated on Diana and sees herself as a 21st-century incarnation of her.

“She knows she is almost as recognizable as Diana and is hounded by photographers and fans on the same level.

“Gaga has had dreams about dying the same way as her and has genuine fears that her fame could literally kill her, either in a chase or at the hands of crazies.”

The singer, who recently premiered her “Marry the Night” video, will be seen on Ellen Friday as she talks about the torture of having to sign the check for her tax return. She shared, “Even though it might not seem like a big deal because I’m a pop singer or whatever, it still hurts to write a check. It’s a lot of money!”

“We were laughing; everybody was laughing because when I signed my tax returns this year, I had to get completely wasted,” laughed the 25-year-old. “They were just holding me up. It’s unbelievable.”

There you have it, folks! Lady Gaga, alive and well, can be seen talking death and taxes on Ellen Friday!