Lucius Foster is likely getting a life sentence, thanks to an investment scheme that stole thousands from unsuspecting people. 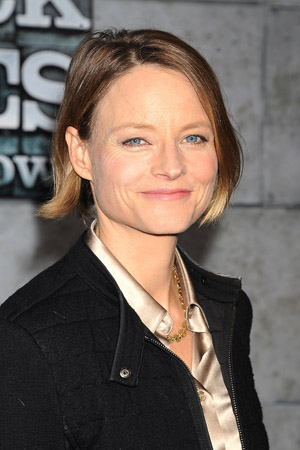 Jodie Foster’s dad faces 25 years in prison after his conviction in an investment scandal that earned him the nickname as “the Bernie Madoff of Sherman Oaks.”

Lucius Foster conned 21 elderly and low-income California residents into putting $5,000 down payments on modular homes made from Chinese shipping containers. However, the homes were never built.

“Not one of these homes has ever been built in the city of Los Angeles,” Deputy City Attorney Don Cocek told the jury, according to the ContraCosta Times. “It’s all a big scam.”

Lucius is also accused of using his famous, but estranged, daughter’s name to convince people to throw in their cash. He asked to be sentenced as soon as possible so he could get out and build houses to repay his victims the $200,000 he stole.

“I don’t think you get it,” the judge told him. “You can never do this kind of work again.”

Lucius, 89, acted as his own attorney during the trial. He was never part of the Oscar-winning actress’ life — Jodie’s mother divorced her father three years before she was born. The actress was conceived when her mother visited her father to ask for child support for Jodie’s older siblings.

“I have a psychological need to create a really safe, normal life for them, because if there was anything I missed in my childhood, that was it. I really craved having a routine, stable life and that’s what I’ve given to my kids,” she told UK’s Psychologies in 2007.

Sounds like it’s a good thing that she kept her dad out of her life.

Read on for more Jodie Foster