Mindy McCready says she took her son away from his custodial guardian — her own mother — to protect him from abuse. Here’s what she had to say about her dramatic decision. 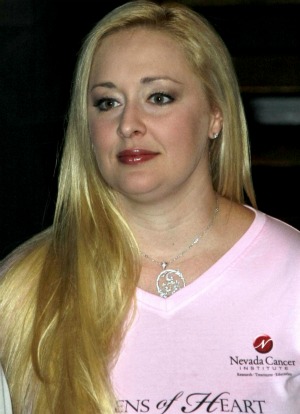 Parental abduction or protective mother? Mindy McCready says she’s the latter — and you can’t kidnap a child that is already yours.

The country singer told ABC News that she did nothing wrong when she violated a court order by taking her five-year-old son out of state.

McCready told Andrea Canning she would “not ever think that me taking my own child, that I carried for nine months, that I gave birth to in the hospital by myself, would ever be breaking the law.”

“What I did was to protect my child, and there’s not a person in the world that’s going to tell me that that is wrong,” she said.

McCready has accused her mother of physically abusing the boy and says he was anguished when the two were confronted by a SWAT team in an Arkansas closet last Friday.

The family attended a child welfare hearing on Monday, and while McCready will not reveal the full details of the ruling, she seems very happy with the judge’s decision.

Mindy McCready wants twins “out of the spotlight” >>

Outside the courthouse, she told reporters she couldn’t talk about the ruling but said she is “a happy girl right now.”