Get ready for a whole lot more of the Kardashians. E! is considering launching up to four more TV series about the reigning First Family of Reality TV.

Hey E! — ever consider changing your name to K!, instead? The entertainment network says its threatening planning to produce up to four more reality soaps about Kim, Kourt and the rest of the world-famous Kardashian Klan. 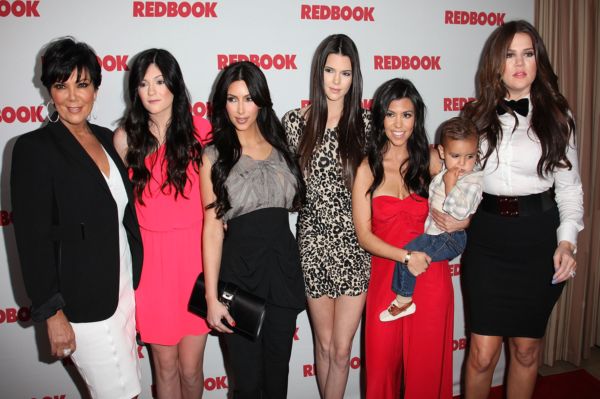 The broadcaster’s schedule is already dominated by Keeping Up with the Kardashians and its spin-offs, Kourtney & Khloe Take Miami, Kourtney & Kim Take New York and Khloe & Lamar — all about the adventures of various Kardashian family members.

But there’s still plenty of material for more programming.

Hammer tells The Hollywood Reporter that she hopes there are “two, three, even four new Kardashian [spinoffs]” ready to roll by this time next year.

In fact, Hollywood Life is reporting that Kris is working hard behind-the-scenes to get her family out of the public relations nightmare Kim’s quickie split from Kris Humphries has put them in.

Her solution? Pushing Kylie and Kendall into the public eye, in turn taking attention off of her older daughters.

“Kris wants E! to move ahead with their plans to tape a reality show centered around Kendall and Kylie…Kris thinks the time to do it is now,” a source divulged. “She thinks it’s perfect timing.”

The insider continued, “She thinks a reality show about her two youngest daughters would take the heat off Kimmy and the whole divorce scandal.”

Hammer predicts the franchise “will have its own life expectancy.” After all, the latest season opener of Kourtney & Kim Take New York, featuring the breakdown of the short-lived Kardashian-Humphries marriage, drew the franchise’s largest premiere viewership to date.

“We’ll eventually get rid of the more Playboy trashy element and elevate E! to a fun, exciting and aspirational network,” Hammer surmised.

Translation: E! will keeping pumping out TV shows about the family until baby Mason goes off to college and Kim trades in her Louboutins for a Hoveround.

Think your TV can handle more of the Kardashians?