Reality stars Khloe Kardashian and Lamar Odom are preparing for in vitro fertilization treatment, according to reports. The couple, who have struggled to conceive since their wedding in 2009, are getting a little help with their quest to become parents. 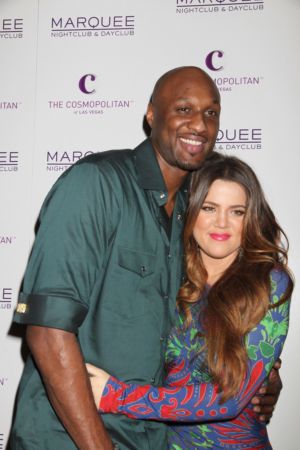 Khloe Kardashian is hoping in vitro fertilization will turn her dreams of motherhood into a reality.

After two years of trying to put a bun in her oven the old-fashioned way, Khloe Kardashian has decided to seek fertility treatments.

That’s the story floating around the rumor mill, anyway.

It’s all part of the 27-year-old reality star’s plan to welcome home a baby with her hoop star hubby, Lamar Odom.

Now that her sister Kourtney is preggers with her second child, the only married member of the Kardashian Klan is really feeling the pressure to bring home a baby bundle, according to pals.

But the Los Angeles Lakers baller has been vocal about his hope of welcoming another child with his wife. And Khlomar’s desire to start a family of their own was well-documented on the first season of the couple’s E! reality soap, Khloe & Lamar.

“She is desperate for a baby with Lamar and will do whatever it takes. They have faith the IVF will work. [They] have been trying everything to get pregnant, but nothing works,” a spy in-the-know tells Us Weekly.

Khloe’s spoken openly about the pressure to have a baby in the past.

“People keep saying, ‘Why aren’t you pregnant yet?’ That’s what scares me, when people are like, ‘Did you go to the doctor? Do you know if everything’s working?’ It’s nerve-wracking. Sometimes I feel like I’m letting everyone down,” Khloe told Us earlier this year.

Another insider tells the mag that while Khloe’s happy that her sister’s expecting again, it’s made her own struggle to become pregnant all the more obvious.

“She’s thrilled for Kourtney, but she’s really sensitive… it’s hard to see your sister get something you want so badly.”