Could Ryan Seacrest replace The Today Show staple Matt Lauer? The American Idol frontman is in talks with NBC executives about possibly replacing Lauer as host of America’s most-watched morning gabfest in 2012. 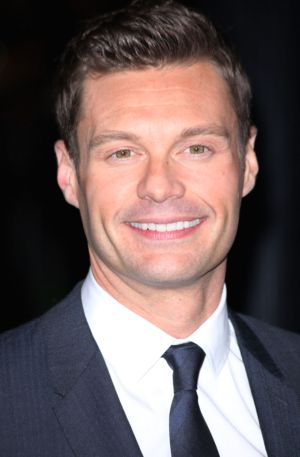 How would you like to spend your mornings with Ryan Seacrest?

The American Idol host already fronts one of the nation’s most popular AM radio shows in the form of On Air with Ryan Seacrest, but could a turn on NBC’s The Today Show be next for the self-professed “Hardest-Working Man in Hollywood?”

How he’d have the time is anyone’s guess: Ry already has a hosting gig on E! and produces the network’s hit docu-soap, Keeping Up with the Kardashians.

Ryan’s deal with E! ends next year — possibly making the star free to pursue other interests.

Talks with Seacrest are tentative, but they could represent a strong backup plan for The Peacock should Lauer decide to head for the hills, The Wall Street Journal said this week.

Lauer replaced Bryant Gumbel as a Today co-anchor in 1997. His contract with the nation’s top-rated morning show expires in 2012 and industry insiders have speculated that he’ll leave the show at that time.

This isn’t the only big deal potentially in the works for Ryan.

The small guy with the big microphone has reportedly wanted to launch his own music, pop culture and lifestyle-oriented network for several years. In September, Seacrest and entertainment giant AEG entered talks for the media mogul to take over struggling cable network VH1 Soul.