Have you ever invested eight weeks in finding out who the man will pick as his wife on your favorite dating show (a.k.a. The Bachelor), only to log on to the internet to find the answer you tried so hard to avoid? Yeah, those spoilers are really being cracked down on.

Reality Steve is definitely a guru when it comes to finding out the best spoilers, but his sleuth days might be numbered. 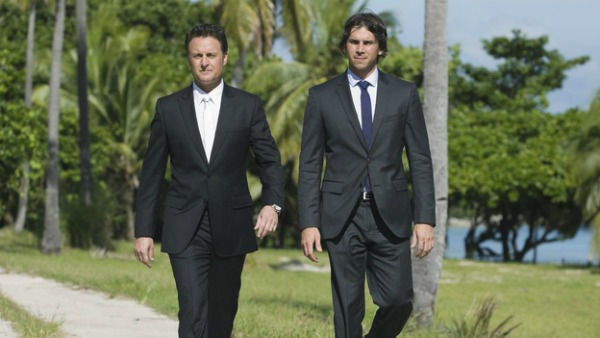 According to a report from Entertainment Weekly, Reality Steve (real name Steve Carbone) is being sued by NZK Productions and Alternative Television, Inc. for the methods he uses in finding out spoilers on The Bachelor before it airs.

The parties are claiming he seeks out employees and other individuals close to the show in order to get them to “breach their confidentiality obligations.”

According to the report, in an email allegedly written by Steve Carbone to one of the individuals, he wrote, “Let me just say, I’m very well aware of your contract. I also know that over 500 contestants have been on this show and not one of them has ever been sued for the $5 million.”

Carbone added, “It’s just a scare tactic. Trust me. Just like they had no idea you sent me that last email, they’ll have no idea about any correspondence either.”

The reality hound went on to say of the confidants fear, “I know you’re scared and a little paranoid by it, but don’t be. Unless they are hacking your email or tapping your phone, there’s absolutely no way for them to find out.”

Whether or not his tactics have worked on everyone he’s come in contact with remains to be seen, but we can say he’s been spot-on with many of his findings — well, maybe not all the time.

The lawsuit is worth $75,000 in damages and claims his methods “constitute unfair and illegal business acts” and are “unscrupulous, immoral, unethical, oppressive and injurious.”

We want to hear from you — has The Bachelor been spoiled for you thanks to Reality Steve? Oh, that reminds us. Ben Flajnik is back to find love on The Bachelor coming Jan. 2!