Erin Andrews wants her stalker and a hotel to pay for violating her privacy through a peephole. 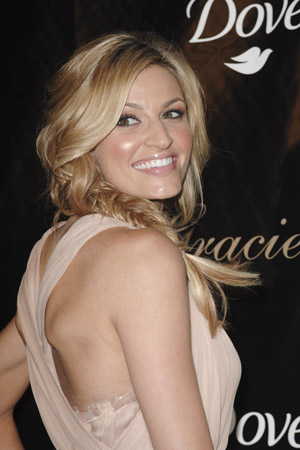 ESPN sports reporter Erin Andrews isn’t going to let the man who filmed her nude get away with his crime without paying. The gorgeous reporter filed a $6-million-dollar lawsuit against Nashville’s West End Marriott and $4 million from videographer Michael Barrett for the 2008 incident.

Barrett was convicted of filming a nude Andrews through a peephole in her hotel room door. He then posted the footage on the web. At the time, many blasted Andrews for concocting the story for press, something she vehemently denied before Barrett was arrested.

“I’m being victimized every day… and I did nothing to deserve it,” Andrews said at his 2010 sentencing. He pled guilty to stalking the former Dancing With the Stars contestant and was sentenced to 2 1/2 years in prison. Prosecutors said he traveled to three different cities in pursuit of Andrews.

The lawsuit alleges that the hotel was negligent for allowing the filming to happen. She wrote that the images and video caused her “great emotional distress and embarrassment” to this day.

Andrews opened up about the incident in a July 2011 interview with Marie Claire.

“It was awful. He ended up walking in right in front of us, and I started to hyperventilate. I looked at my dad and was like, ‘I can’t breathe.’ My dad was a rock. I had these notes, and he goes, ‘Look down and concentrate on your notes.’ I looked down, and you could just hear teardrops hitting my paper. And it was funny, for a guy who stood behind a door and took this video of me and stalked me, he didn’t look at me once in court. He couldn’t look at me,” she said in the interview.

“At the sentencing in March, the judge let me speak to him. I got so nervous and geeked up that my heel got caught in the carpet on the way to the podium, and I almost fell on my face. Then I started telling him what he’d done to my life. I yelled, ‘You’re going to go to jail for how many years, but I’ll never get this off the internet — I’ll have to explain it to my future husband and my kids!'”

We’re behind Andrews with this lawsuit — hopefully it shows stalkers and other rabble-rousers that they cannot get away with violence, even if the target is a public figure.