For the second time this season, Glee hit number one. Keep reading to see how the talented cast nabbed the number one spot.

Glee isn’t a stranger to producing hits that fans love to jam out to and this week’s episode gave gleeks just that. The proof is in the number one honor. 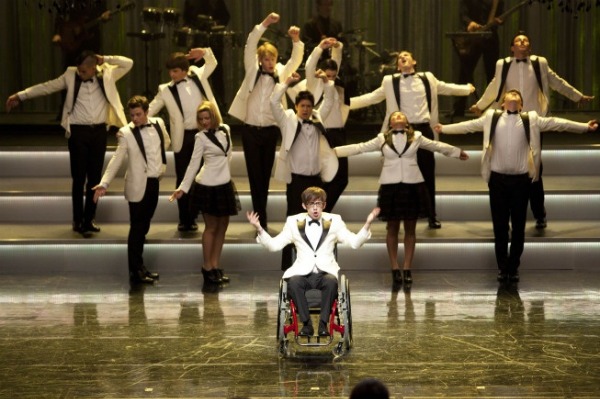 Glee’s Tuesday night episode, “Hold On To Sixteen,” gave the show its second number one hit this season with the song “We Are Young.”

If you were watching, and we know you were, the song was performed in the last minutes of the sectionals episode that blended The Troubletones and New Directions into a mega-hit glee club.

The return of Mercedes, Santana and Brittany to the New Directions was music to many fans’ ears.

The cast’s version of “We Are Young,” from pop band Fun, hit number one on iTunes Tuesday night.

It’s the same feat the cast managed a few episodes back with their mash-up for “Rumour Has It/Someone Like You.”

You know you remember that show-stopping episode — it was kind of hard to miss with that mash-up of hotness!

The Glee cast’s mash-up of “I Will Survive/Survivor” from this week managed to make its way into the top 10.

Not bad at all!

If you missed the mash-up, check it out below…

“Hold On To Sixteen” marked the return of Chord Overstreet as Sam Evans. If you were wondering what “Trouty Mouth” was up to since leaving Lima, wonder no longer.

It was revealed he was working as a stripper named White Chocolate!

We want to hear from you — what did you think of “We Are Young?” Is it on your iPod right now?

If it’s not, what are you waiting for?

read on for more Glee