Alec Baldwin decided to take a break from Twitter after a game of Words with Friends got him booted from an American Airlines flight.

Was Alec Baldwin’s altercation with American Airlines the last nail in his social media coffin? It seems so. The frequent tweeter deleted his Twitter account on Tuesday night after returning to New York City. 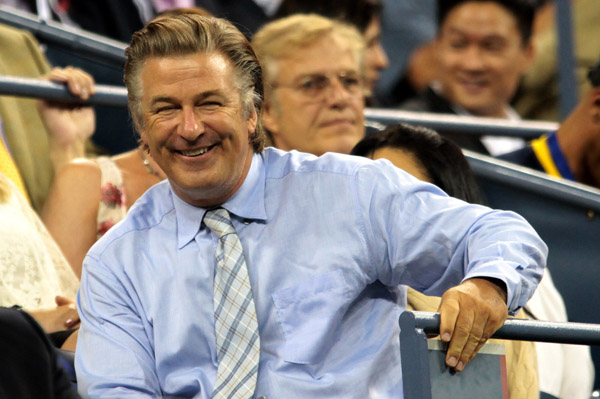 Baldwin, 53, changed his Twitter handle to @deactive001 and asked followers to stage a “mass unfollow.” But not before repeatedly going off on the airline.

“No wonder American Air is bankrupt,” he tweeted after the snafu. His rep tried to make light of the situation, telling People that “Alec was asked to leave the flight for playing Words with Friends while parked at the gate. He loves WWF so much that he was willing to leave a plane for it, but he has already boarded another AA flight.”

However, American Airlines claims that it was the 30 Rock actor’s own fault.

“Since an extremely vocal customer has publicly identified himself as being removed from an American Airlines flight on Tuesday, Dec. 6, we have elected to provide the actual facts of the matter as well as the FAA regulations which American, and all airlines, must enforce. Cell phones and electronic devices are allowed to be used while the aircraft is at the gate and the door is open for boarding,” AA wrote on its Facebook page.

“This passenger declined to turn off his cell phone when asked to do so at the appropriate time. The passenger ultimately stood up (with the seat belt light still on for departure) and took his phone into the plane’s lavatory. He slammed the lavatory door so hard, the cockpit crew heard it and became alarmed, even with the cockpit door closed and locked.”

“They immediately contacted the cabin crew to check on the situation. The passenger was extremely rude to the crew, calling them inappropriate names and using offensive language. Given the facts above, the passenger was removed from the flight and denied boarding.”

Sounds like the airline was definitely in the right with this one.

However, don’t fret, Alec fans — he’ll be back on Twitter.