Rosie O’Donnell is engaged, but it didn’t just happen. Find out when she proposed and when she’s planning to tie the knot with Michelle Rounds.

It turns out that Rosie O’Donnell’s engagement isn’t so new after all. The Rosie Show host has actually been engaged to fiancée Michelle Rounds for “a few months,” she revealed on he OWN show this week. 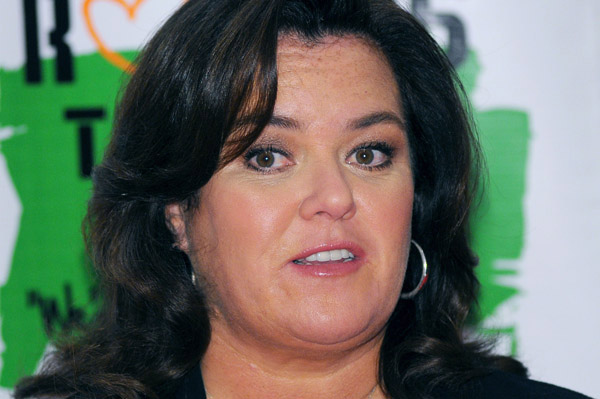 “Michelle said to me a few months ago, when we got engaged, she said, ‘How come you didn’t say it on your show?’ And I was like, ‘Honey, I don’t know how’. I didn’t know how to say it,'” she told the audience.

“You don’t want to become one of those celebrities that talks about their relationship ad nauseam and makes it into a fairy-tale thing… And then they go and have an affair with somebody. I don’t want to say any names,” she added, making a veiled reference to any number of philandering celebrities.

The couple went public with their romance in September after meeting in a Starbucks. So, when’s the big day? No official word, but the former star of The View revealed some details on Twitter.

“In the summer,” she replied to a fan when asked about the wedding date.

We’re happy for the couple — especially since O’Donnell went through a painful split from her first wife, Kelli Carpenter, in 2010. “I’m in menopause and I’ve been having really bad hot flashes,” she told People in October. “[My therapist said it’s] ‘because you’re also in love.'”

“It’s like you’re a withering rose and the petals are falling off and all of sudden you bloom again,” she added. “For me, [the hormones] have made a drastic difference.”

Well, that and love, of course!