Angelina Jolie denies she copied any part of her new film In the Land of Blood and Honey from a book about the Balkan Wars, saying such accusations are just “par for the course.” 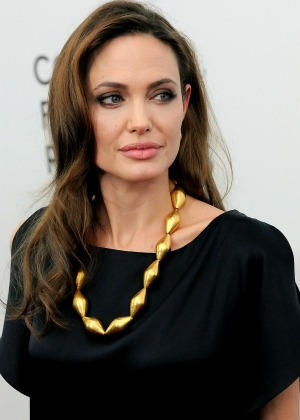 Is Angelina Jolie a copycat? The Academy Award winning actress is being accused of stealing the concept for her directorial debut In the Land of Blood and Honey from a 2007 book by Croatian journalist James J. Braddock — but Jolie says she has never even read the tome.

In an interview with 24 Frames, Jolie explained that while she drew her inspiration from multiple sources, Braddock’s book was not one of them.

“There are many books and documentaries that I did pull from. It’s a combination of many people’s stories,” she said. “But that particular book I’ve never seen.”

In the Land of Blood & Honey: See the trailer >>

As far as the lawsuit goes, Jolie says she is not worried because such claims are common in Hollywood.

“It’s par for the course,” she said. “It happens on almost every film.”

Braddock claims he met with Jolie’s producer on the film, Edin Sarkic, three times beginning in 2007 to discuss “plot and character development, and the story’s cultural significance and historical accuracy.” He also claims the plot line of lovers divided by war and the horrors suffered by the female lead are identical to that of his 2007 book, The Soul Shattering.

read on for more angelina jolie