Barbara Orbison passed away on Tuesday from pancreatic cancer. Find out the special bond she now shares with her husband in death. 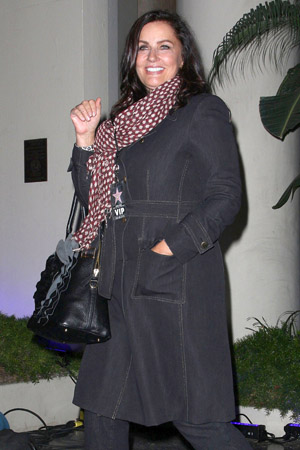 Sad news for music fans: The widow of Roy Orbison, Barbara Orbison, passed away Tuesday from pancreatic cancer. She was 60.

Barbara passed away on the 23rd anniversary of her husband’s death in 1988. She’s spent much of the time since his death dedicated to keeping his memory alive. She most recently debuted a new box set of 107 of her husband’s songs, titled Roy Orbison: The Soul of Rock and Roll. She later managed the Nashville-based Still Working Music Group.

“I’ve spent my lifetime trying to figure love out. Love ranges from just fascination to something almost spiritual. In the case with my wife, Barbara, it just keeps growing all the time,” Roy once said of his wife.

The Orbisons formed a close friendship with another couple affected by pancreatic cancer: Patrick Swayze and his wife, Lisa Swayze. Patrick passed away from the disease in 2009. “Patrick and I always had a warm connection with them both. Now we have lost this wonderful lady,” Lisa told the AP.

It seems fitting that the couple shared their death anniversary, especially given the close bond they had.

“He saw,” Barbara told Spinner earlier this year. “That’s what Roy was really great at. When he forgot his reading glasses and wore his sunglasses onstage for the first time, he knew instantly he’d created a look. When the photos came back, he knew what he had. He was very sure-footed as an inventor.”

Barbara Orbison is survived by sons Wesley, Roy Kelton, Jr. and Alexander. She’ll be buried next to Roy Orbison at the Westwood Village Memorial Park in Los Angeles.