American Airlines is defending itself against Alec Baldwin’s tirade after the actor was removed from a flight yesterday. 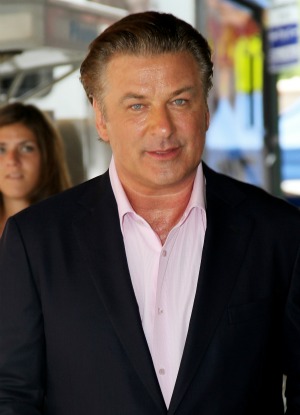 Sometimes stars forget they are beholden to the same rules as the rest of us — especially on airplanes. Yesterday we reported that Alec Baldwin was kicked off a plane because his game of Words with Friends was more important to him than following federal safety regulations. The actor spent most of yesterday firing off angry, sarcastic tweets to American Airlines about the incident — and now the airline is firing back.

“Since an extremely vocal customer has publicly identified himself as being removed from an American Airlines flight on Tuesday, Dec. 6, we have elected to provide the actual facts of the matter as well as the FAA regulations which American, and all airlines, must enforce. Cell phones and electronic devices are allowed to be used while the aircraft is at the gate and the door is open for boarding.”

“When the door is closed for departure and the seat belt light is turned on, all cell phones and electronic devices must be turned off for taxi-out and take-off.”

“This passenger declined to turn off his cell phone when asked to do so at the appropriate time. The passenger ultimately stood up (with the seat belt light still on for departure) and took his phone into the plane’s lavatory. He slammed the lavatory door so hard, the cockpit crew heard it and became alarmed, even with the cockpit door closed and locked.”

The L Word star kicked off plane for kissing girlfriend >>

“They immediately contacted the cabin crew to check on the situation. The passenger was extremely rude to the crew, calling them inappropriate names and using offensive language. Given the facts above, the passenger was removed from the flight and denied boarding.”

So celebs, while there are many instances in which you are not just like us, when on an airplane you are. Shut your phones down when asked!