Giuliana Rancic says while her cancer journey is frightening, losing her breasts isn’t the worst of it — because they have never been something that defined her. 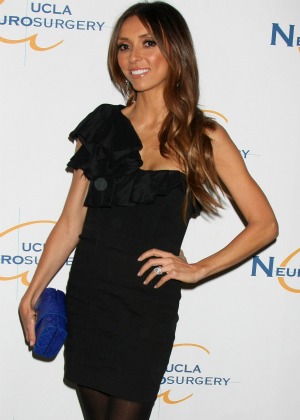 E! star Giuliana Rancic has made the decision to undergo a double mastectomy — but she has a surprisingly great attitude about it. In this week’s issue of People, the TV host says living without her breasts doesn’t worry her — but the thought of dying certainly does.

“My breasts have never defined me — and now they never will,” says Rancic, who plans to have reconstructive surgery.

“I think scars tell such an incredible story. I’ll always look at them and think, ‘Wow, I made it through that,'” she explained.

But her upbeat attitude in public is one thing. She still has vulnerable moments of abject fear in private, like any woman suffering from this disease.

“Usually it’s two in the morning, and I’ll turn around from Bill so I don’t wake him up and I just cry,” she said. “I sob and think, ‘How did this happen?'”

Giuliana Rancic: Mastectomy scars are a badge of courage >>

Rancic hopes to have surgery in the next couple of weeks so this part of her journey can be behind her by Christmas. Doctors tell her that by having the double mastectomy she has less than a one percent chance of her cancer returning.

“I couldn’t be more at peace with the decision,” she said. “But it’s hard, and I still break down some nights… But I’m okay.”

read on for more giuliana rancic

Giuliana Rancic: “This is not brain surgery”