Big changes are on the horizon for Disney’s Demi Lovato, 19. A year ago, a fragile Demi was bulimic and close to suicide. Today, she’s a confident young woman eyeing co-habitation and a serious future with her playboy beau, actor Wilmer Valderrama.

She’s barely old enough to vote, but 19-year-old star Demi Lovato has reportedly made a very adult decision about her love life: She’s moving in with her sooo not Disney-friendly boyfriend, actor Wilmer Valderrama. 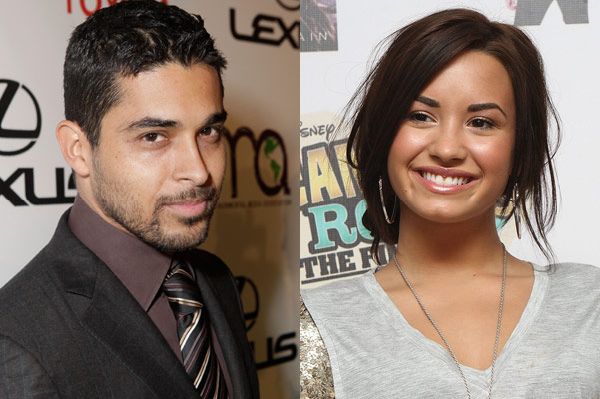 The “Skyscraper” singer is picking up the pieces of her life, fresh off a year that brought an emotional breakdown and a lengthy stay in a suburban Chicago rehab facility.

“Demi’s keeping her home in the L.A. Valley, but she’s pretty much moving into Wilmer’s place across town,” a friend says. “She’s young, but she’s very mature for her age and is looking to settle down fairly soon.”

At 31, Wilmer is 12 years Demi’s senior. His past romantic conquests include Ashlee Simpson, Mandy Moore and Lindsay Lohan. Did we mention Mischa Barton?

The former Sonny with a Chance actress fell straight into the arms of the serial celeb dater after she was dumped by boy bander Joe Jonas last year. Wilmer was her “boyfriend” at the exact point she went from Disney sweetheart to bulimic and in rehab.

Demi checked herself into rehab last October, citing “emotional and physical issues” after reportedly brawling with a backup dancer.

“The two started seeing each other in May right after her breakup with Jonas,” a source told The New York Post’s “Page Six” column earlier this year. “She would show us pictures of them together.”

Reps for Wilmer and Demi aren’t talking — but the pair sure seemed to confirm the romance whispers when they were photographed locking lips outside Wilmer’s Los Angeles home in November.

Instead, the singer/actress is focused on living authentically — even if that means getting serious with a much older man known more for the notches on his bedpost than his work on the small screen.

“I know that if I am happy, that’s all that matters to me. And it’s okay to be selfish like that sometimes, when it comes to your well-being. Do what makes you happy and don’t care what others think.”

Do you think moving in with her 31-year-old lover is the right choice for Demi?