There’s no love lost between Jesse James and the boys from American Chopper. Read what they had to say about their simmering feud. 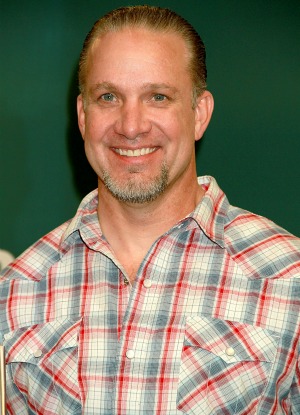 Calling the Teutuls nothing more than “cake decorators,” James says the father-son pair know nothing about building bikes. Neither “would even know how to turn any of my machines on, let alone use them,” James said.

People “are tired” of Jesse James >>

Rather ungracious coming from someone who was asked to be a guest on the Teutuls’ show — they did James a favor to help him revitalize his career. Back in the day they were TV rivals, with James’ Monster Garage battling American Chopper.

“I would not have invited [James],” the elder Teutul said in an interview with the LA Times, “because he’s a jerk. The way he’s coming off, it’s like he’s doing us a favor. If he gets a show, it’s great. I hope he does. He hasn’t been doing anything, and now all of the sudden he’s back. My question is, Why’s he back?”

He’s back because Discovery Channel wanted him back, and thought the competition would be the perfect venue.

“Across the board, what works is authenticity,” said American Chopper executive producer Christo Doyle. “Jesse’s the real deal. He’s a legitimate bike-builder, and now he’s getting back to the craft that made him who he is. People respect that aside from the other stuff that he’s been sucked into.”

Doyle is working on a pilot with Jesse James that could be on the air as soon as spring 2012.

James knows he ticked off the Teutuls. He told TMZ, “The senior is cool but the kid’s like wound up tighter than a watch… I think he’s gonna want to fight me.”

We think Paul would win.